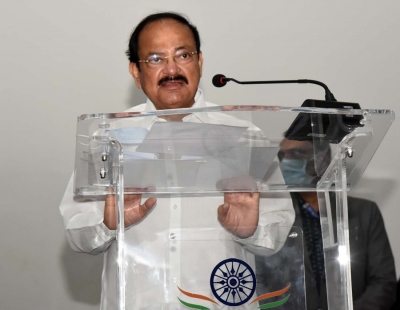 GUWAHATI, Sept 25 :The Assam government will confer the Lokapriya Gopinath Bordoloi Award for National Integration and National Contribution on Vice-President M. Venkaiah Naidu during his proposed visit to the state on October 3, officials said here on Saturday.

According to the officials, the prize amount of the biennial award, which was named after Gopinath Bordoloi, a freedom fighter and the first Chief Minister of Assam after India’s independence, was increased to Rs 5 lakh from Rs two lakh. The award also carries a citation.

Bordoloi was called the architect of modern Assam and he was bestowed the Bharat Ratna for his contributions to the society in1999. An official in the Assam Chief Minister’s Office (CMO) said that the award had become irregular over the years and the cabinet in its meeting chaired by Chief Minister Himanta Biswa Sarma on Friday decided to scrupulously make the award a biennial affair.

The CMO official said that the cabinet also decided to change the names of the state’s highest civilian awards, to be given in various fields. Assam Ratna award from now onwards will be known as Asom Baibhav, Assam Vibhushan as Asom Saurav and Assam Bhusan and Assam Shree award as Asom Gaurav.

The post Assam’s highest civilian award for national integration to be conferred on Venkaiah Naidu appeared first on The Shillong Times.