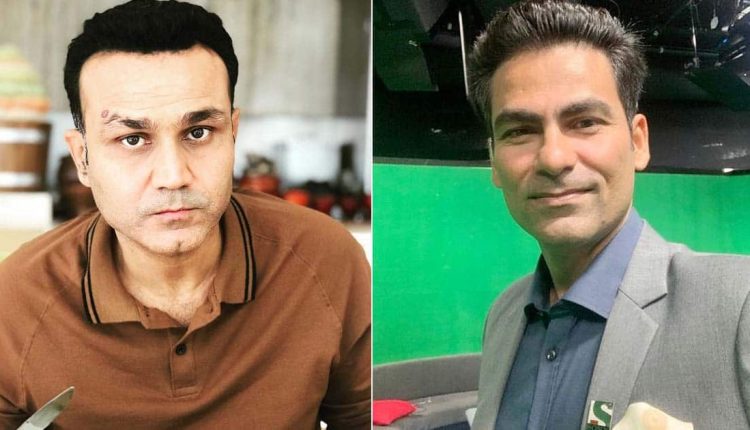 The Kapil Sharma Show is all set to witness a memorable episode with Virender Sehwag and Mohammad Kaif. Indian cricket legends are all set to grace the couch this weekend. The promos that are already out, are making our wait harder.

Sehwag is fond of singing songs anywhere, be it cricket pitch and dressing room. Incidents are well known, where the legendary hitter has replied has his opponents through a song. One such hilarious incident has been narrated by Kaif, in which he Sehwag taunted him and Yuvraj Singh.

As per The Kapil Sharma Show promo, Mohammad Kaif shares one incident where he and Yuvraj Singh were selected in the team. Virender Sehwag was dropped out of the team. Upset with team selection, Sehwag made taunt at Kaif and Yuvraj, while singing Adnan Sami’s song. Sehwag sang, “Kaise kaiso ko diya hai, aise waiso ko diya hai (Lord, you have given to just anyone).”

Both Virender Sehwag and Mohammad Kaif along with Kapil Sharma burst into laughter after hearing this funny incident.

Are you excited to see Indian cricket legends putting up a laugh riot on The Kapil Sharma Show? Tell us in the comment section below.

Apart from the special guests, the show was in news recently over a tiff between Krushna Abhishek and Govinda. For those who don’t know, Chi Chi and his wife Sunita Ahuja were special guests on the show, earlier this month. As the relations between him and Chi Chi aren’t good, Krushna decided not to shoot for a particular episode.

After lots of statements from both sides, Krushna recently apologised to his mama, Govinda, and asked to forgive him.

Must Read: Nikki Tamboli On Being Asked To Pose Like Nora Fatehi: “Kaun Nora Bola Mujhe?”