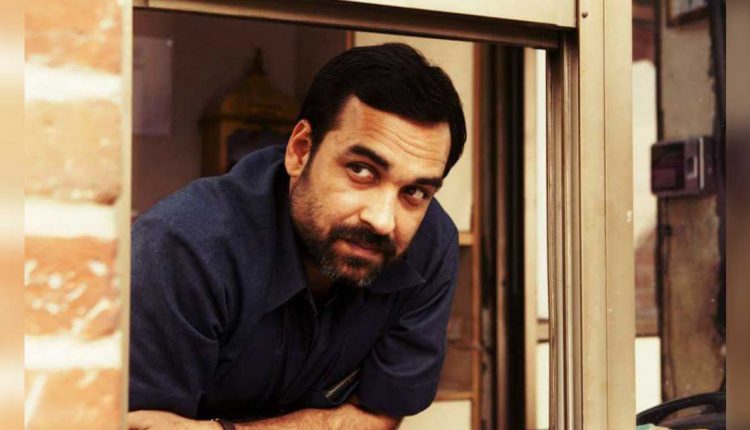 Actor Pankaj Tripathi has a packed schedule as he has been shuffling between Ladakh and Mumbai to shoot for two projects – a yet-untitled series with Raj and DK and the second installment of the film ‘OMG: Oh My God!’.

The committed artiste says he wants to complete all his schedules timely even though they are hectic and challenging. Post the completion of the film shoot in Mumbai, he will travel back to finishing the rest of the schedule for Raj & DK’s series.

On his hectic schedule, Pankaj Tripathi said: “I love acting and working in different cinematic projects and I am so grateful that good scripts are coming my way and the audience has been enjoying the work.”

Pankaj Tripathi added: “Past months have been very hectic as many of my projects were lined up and the schedules were power packed. I will try to slow down my pace once all the projects for this year are closed. Physical and mental health are very crucial, and I feel that time off from work is also important.”

Recently, Pankaj Tripath also said that acting is a means to renew himself which enables him to create characters with utmost authenticity.

‘OMG: Oh My God!’ was released in 2012. It is a satirical comedy-drama film inspired by and officially remade from the 2001 Australian film ‘The Man Who Sued God. The storyline is based on a Gujarati stage play entitled ‘Kanji Virudh Kanji’.

Pankaj Tripathi made his debut with a minor role in the film ‘Run’ in 2004 but it was Anurag Kashyap’s ‘Gangs of Wasseypur’ that put the spotlight on him.

Must Read: Shah Rukh Khan Is Always A Late Comer In Party & Juhi Chawla Proves It With An Incident: “Staff Had Left & I Had Slept”

The post Pankaj Tripathi Is Busy Shuffling Between Mumbai & Ladakh To Shoot 2 Films, Talks About His Hectic Schedule appeared first on Koimoi.

India thrash Windies to put one foot in the WC semis