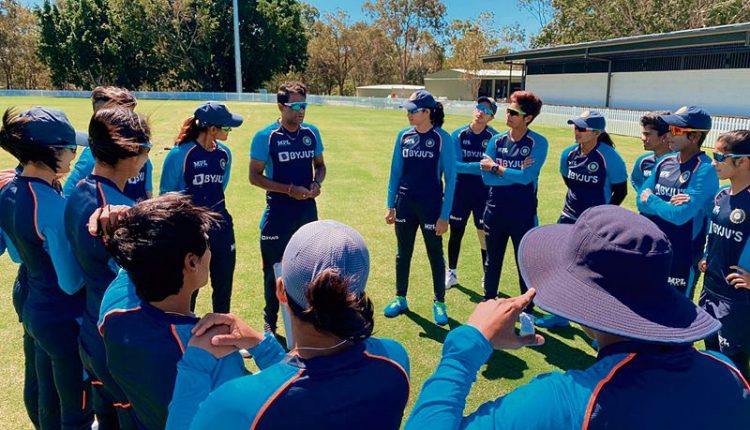 Outplayed in every aspect of the game so far, the Indian women’s cricket team desperately needs its top-order to find form and bowlers to show some more spark against an in-form Australia in the second ODI here today.

India badly needs Shafali Verma and Smriti Mandhana to fire to put pressure on Australia after receiving a nine-wicket hammering in the opening match of the three-game series.

Both the openers have the firepower to take on the rival attack and need to ensure that Ellyse Perry and Darcie Brown do not dominate them the way did in the series opener.

The pace duo set the tone for the hosts in the warm-up game in Brisbane as well as in the first ODI here on Monday by cleaning up the Indian top-order as Australia recorded their 25th straight triumph in the format, a world record winning streak.

Once the aggressive Shafali and Smriti are back in the hut without contributing much, the Indian team is left to do the damage control instead of pushing the accelerator button.

One of them needs to bat deep and the middle-order, led by skipper Mithali Raj, also has to show more intent in scoring runs at a decent pace.

All eyes on Smriti

Opener Smriti Mandhana must fire if India are to challenge Australia. – File photo

Mackay: The Indian women’s cricket team batting coach Shiv Sunder Das has promised a different approach to counter Australian bowlers and backed out-of-form opener Smriti Mandhana to come good in the second ODI. “We are looking at the top-order to give us a good start and the middle order… They have worked hard in the last few sessions, we have some plans. I think they’ll play differently in tomorrow’s game,” Das said on the eve of the second ODI. “We have Shafali (Verma) and Smriti… I am positive they will give a good start and once we score 60-70 runs in the 10 overs we can carry that momentum in the middle overs.”India, who aim to post a 250-plus score consistently, fell short of the mark once again, managing 225/5 in the first ODI, but Das said the Mithali Raj-led side has a plan in place for the second game. “We are working on that aspect of the game, we are looking for a good start and in the middle overs we are looking at the average of five runs and in the end we are looking at six runs per over. That’s our batting plan,” he said. Smriti’s struggles with the bat in the format continued as the left-hander scored just 16 in the first ODI — she has only one 50-plus score in her last nine innings and averages 30.50 this year against her career average of 41.25. But Das is pinning his hopes on her. “We have worked on her in the last two sessions, we have addressed the issues, and definitely, we’ll see the difference.” TNS, Agencies

Incredible stories of hope and human spirit emerging amid…