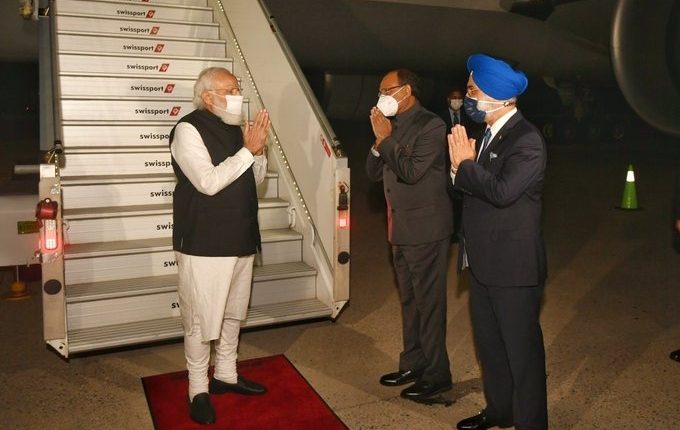 Prime Minister Narendra Modi on Saturday arrived in New York where he is scheduled to address the 76th session of the United Nations General Assembly, which was held virtually last year due to the Covid pandemic.

Modi flew to New York from Washington after holding his first bilateral meeting with US President Joe Biden in the Oval Office of the White House and attended his first in-person Quad summit on Friday.

The prime minister and his counterparts – Scott Morrison of Australia and Japan’s Yoshihide Suga – attended the meeting of Quad leaders hosted by US President Biden in Washington.

“Landed in New York City. Will be addressing the UNGA at 6:30 PM (IST) on the 25th,” the prime minister said in a tweet.

“Voicing the sentiments of the 1.3 billion people of India! PM @narendramodi arrives in New York to address the 76th UNGA tomorrow. India’s current membership of the @UN Security Council lends even greater significance!,” the Ministry of External Affairs said in a tweet.

The prime minister was received at the airport by India’s ambassador to the US Taranjit Singh Sandhu and India’s Permanent Representative to the UN ambassador T S Tirumurti.