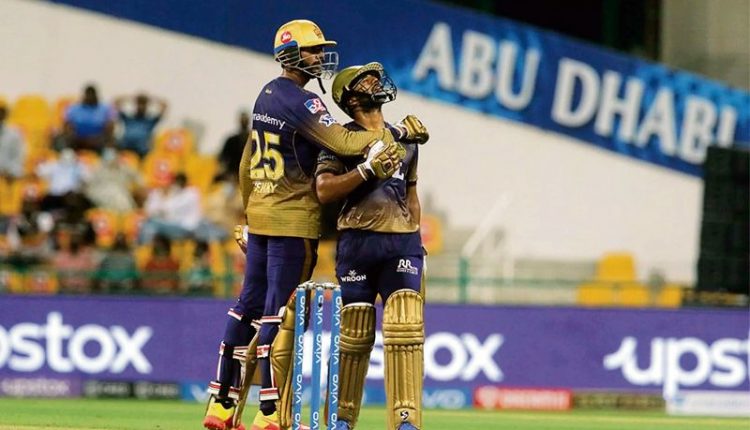 Kolkata Knight Riders No. 3 Rahul Tripathi played a blinder of an innings, 74 off 42 balls, to blow Mumbai Indians away in the 34th match of the IPL here tonight.

Chasing MI’s 155, Tripathi knocked the wind out of their bowlers’ sails with a whirlwind knock that included eight fours and three sixers, taking his team to a seven-wicket win with nearly five overs to spare.

After the early loss of Shubman Gill, bowled by Jasprit Bumrah for 13 off nine balls, Tripathi and opener Venkatesh Iyer (53 off 30 balls) counterattacked with ferocity to add 88 runs off just 8.4 overs. By the time Iyer was finally bowled off a slower ball by Bumrah, KKR had galloped to 128 and needed only 28 more off 52 balls — a task they easily accomplished.

With their fourth win in nine matches, KKR are equal on eight points with MI and Rajasthan Royals.

MI skipper Rohit Sharma (33 off 30) got off the innings in scintillating fashion, caressing a Nitish Rana delivery on to the mid-off boundary. Rohit took the attack to mystery spinner Varun Chakravarthy with two consecutive fours in opening two deliveries of the fourth over. — TNS, Agencies

Biden ending US support for Saudi-led offensive in Yemen