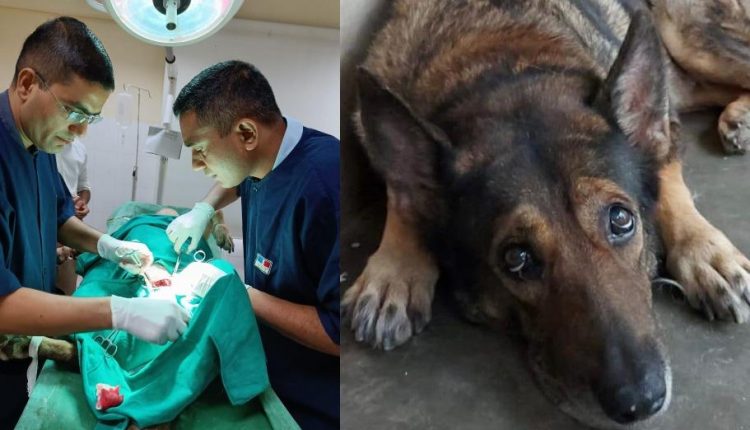 Veterinary surgeons of the Indo-Tibetan Border Police (ITBP) have conducted a life-saving geriatric ‘hop-on-hop-off’ surgery (HOHO-GS) on a service dog for the first time in the country. The surgical technique entails a special anaesthetic protocol with a minimal time of deep surgical anaesthesia so that old dogs can have minimal stress on their liver, kidneys, lungs and cardiovascular system.

The female dog, Machali, was leading a retired life at the K9 Veteran’s Home at ITBP’s National Training Centre for Dogs in Bhanu near Chandigarh, when she started showing life threatening symptoms of ‘closed pyometra’ in which geriatric dogs die within 24-72 hours due to systemic septicemia.

“This unique surgery conducted by our surgeons has given a new path breaking HOHO-GS technique that reduces the surgical anaesthesia time by 80 per cent, with a shorter incision. A smaller incision and minimal handling of soft tissues resulted in blood-less surgery,” Deputy Inspector General Sudhakar Natarajan, ITBP’s senior-most veterinary officer, said.

“The deliberate incision of the suspensory ligament instead of digitally strumming it, as is usually taught in medical colleges, was another new way to reduce surgery time and causing less post operative complications,” he added.

DIG Natarajan said that the ITBP has devised the unique calibrated anaesthetic protocol is short and it is further shortened by reversal agents that nullify the deep sedation within few minutes after the last suture is completed. The dog wakes up within minutes and hops off the operation table after surgery as if nothing had happened, thereby terming the procedure as HOHO.

Archana Sastry’s next on lines of ‘Texas…