Govinda’s Cousin Akash Gaharwar Feels Krushna Abhishek & Chi Chi Have Some Misunderstandings: “I Feel One Day The Two Of Them…” 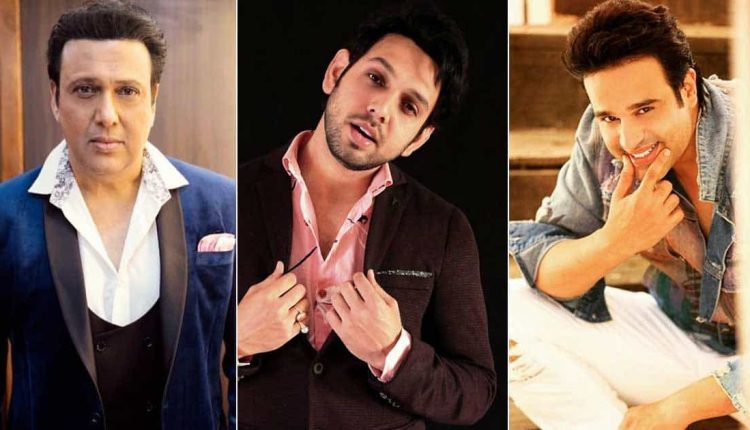 It feels forever since we are witnessing family feud between Govinda and Krushna Abhishek, the two have been at loggerheads due to their past quarrels. Nobody is sure when their matter will sort out or who will play a mediator to clear their differences. Recently, the Partner actor’s cousin Akash Gaharwar spoke about their issue.

The rift between the two parties sparked more in the recent times, when Govinda and his wife Sunita Ahuja were invited in the Kapil Sharma Show but the comedian-actor decided to miss the episode. Due to his absence Sunita passed a comment which irked Kashmera Shah and their rift escalated more.

Govinda’s cousin Akash Gaharwar is a Bollywood actor and dancer, recently in a conversation with Bollywood Life; he talked about the dispute and said, “Media has exaggerated the whole thing. It is just that there are some misunderstandings that need to get cleared out. The two have enough and more love in their hearts for one another. I feel one day the two of them need to sit down over dinner and sort out the matter. Govinda Ji is the pillar of our family. He is the father figure that provides shade to one and all. The two just need to talk it out.”

Mallika Sherawat Reveals Her Casting Couch Experience: “Male Actors Said, ‘You Can Be Bold With Us In Person Also’”
Is Shah Rukh Khan’s Iconic Romantic Pose A Part Of Indian Sign Language Dictionary?

Although many think that Sunita Ahuja and Kashmera Shah are the reason why their misunderstanding intensified, but Akash thinks that they cannot be blamed, “We cannot blame them. No one is responsible for this. The misunderstandings have aggravated but that does not mean that he does not love Krushna Abhishek. It is a just a matter of time. His influence has been present on all of us.”

Must Read: Shalini Pandey On ‘Jayeshbhai Jordaar’: “I’ve Been Crazily Looking Forward To The Release For More Than A Year Now”

The post Govinda’s Cousin Akash Gaharwar Feels Krushna Abhishek & Chi Chi Have Some Misunderstandings: “I Feel One Day The Two Of Them…” appeared first on Koimoi.

Exclusive! Raqesh Bapat Reveals Being Offered Khatron Ke Khiladi Last Season: “If I Get A Chance Again, I Would Go For It!”