Exclusive! Raqesh Bapat Reveals Being Offered Khatron Ke Khiladi Last Season: “If I Get A Chance Again, I Would Go For It!” 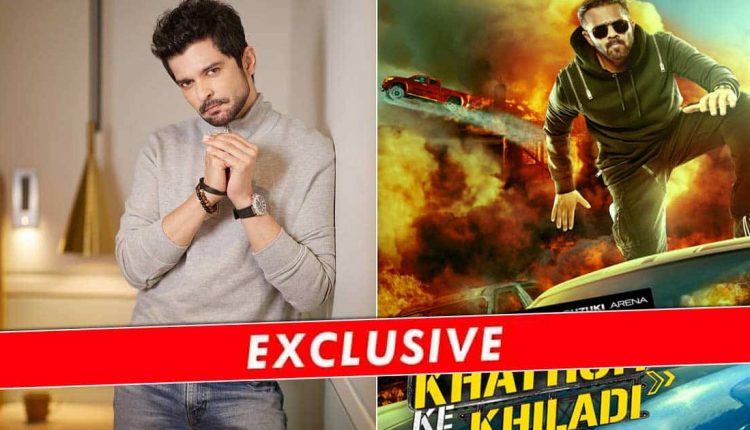 Raqesh Bapat is enjoying newfound fame after his stint in Bigg Boss OTT. He turned out to be a true gentleman and played the game in the most dignified manner. While he has been approached for Bigg Boss 15, it is still uncertain whether he will enter the house or not due to work commitments. But one thing he is sure about is his interest in being a part of Khatron Ke Khiladi. Scroll below for all the details.

This year of Khatron Ke Khiladi was a lot of fun. Reports are rife that Arjun Bijlani has won the show and his wife recently even confirmed it on her Instagram stories. But the winner in our hearts will always be Divyanka Tripathi because of her ‘dhaakad’ attitude. Raqesh would be exactly like her if he enters the Rohit Shetty show!

Talking about Khatron Ke Khiladi, Raqesh Bapat told us, “I would love to do KKK. I am fearless with a lot things par shayad wo Channel ko nahi jamega because mujhe dar kisi chiz se lagta nahi hai, na keede makodo se, na kisise. Unko chahiye shayad ki koi darke jaye aur unko reaction mile. Mai shayad happily sab kuch kar lunga (Maybe the Channel won’t be satisfied because I’m not scared of creepy crawlies and other such challenges. They would want someone who gets scared and gives them a reaction. I may be able to do everything.)”

Raqesh Bapat continued, “But I want to be a part of that, would definitely love to do it. Pichli baar bhi offer hua tha par shayad mai work commitments ki wajah se kar nahi paya tha. (I was offered the show last time also but I couldn’t do it because of work commitments) I love the show, I think it’s a quite bold experience by itself. If I get a chance again, I would go for it because it’s mindblowing.”

Would you like to see Raqesh Bapat in Khatron Ke Khiladi 12? Let us know in the comment section!

Must Read: Mallika Sherawat Reveals Her Casting Couch Experience: “Male Actors Said, ‘You Can Be Bold With Us In Person Also’”

The post Exclusive! Raqesh Bapat Reveals Being Offered Khatron Ke Khiladi Last Season: “If I Get A Chance Again, I Would Go For It!” appeared first on Koimoi.

Govinda’s Cousin Akash Gaharwar Feels Krushna Abhishek & Chi Chi Have Some Misunderstandings: “I Feel One Day The Two Of Them…”

Flipkart buys back $350 mn worth shares