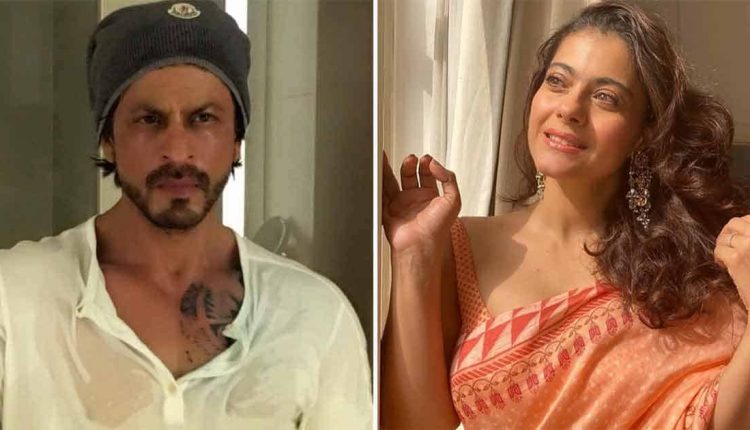 Shah Rukh Khan Once Opened Up On Not Posing With His Co-Stars On Magazine Covers (Photo Credit: Facebook)

Shah Rukh Khan is the King of Romance and enjoys a massive fan following. He is one of the most loved film stars but there’s another facet of his personality that makes him stand out far above everyone else. He once revealed the reason behind not posing with his co-stars on magazine covers in his classic sense of humour.

King Khan has been embroiled in a few controversies and he hasn’t been the one to shy away from controversies either. However, he has done so with class and elegance. He shuts down his haters with his amazing sense of humour.

In an old interview, Shah Rukh Khan stated that magazines simply sensationalise those images and he refuses to be a part of it. He also said that every co-star he acts with is linked with him irrespective of their age and relationship with him. As per an Reddit post, the superstar said, “The minute I pose with a girl for a movie magazine, they’ll put a hideous signature on it. Magazines need sensationalism to sell one more, but I refuse to add to the trash.”

SRK then said, “Just because Baazigar is a hit I hear people say I’m having a wild affair with Kajol. This was also said about Deepa (Sahi) and me during Maya. And there was this story about Juhi and me. I think that’s disgusting. Kajol & me? Come on, she’s just a child, Aunt Tanuja’s daughter, my little sister. Even Gauri likes them.”

“I work with Juhi, Madhuri, Manisha, Shilpa, Sonali, Nagma, Suchitra Krishnamurthy, Urmila…I didn’t go to bed with them; I didn’t go to bed with Kajol. I respect my co-stars. Somehow girls don’t turn me on I’m not gay, but I’m not carried away by a beautiful face. It should have more to do with a woman’s character, intelligence, and purely physical attraction. Gauri has all of these, so why should I chase other girls?” Shah Rukh Khan added.

He didn’t end there. SRK in his trademark wit further said, “If… just if… I really have an affair with anyone, nobody will find out, I’m too smart, too good an actor to let the world know what’s going on. Meanwhile, enough of this nonsense! I stopped signing films with Juhi when this story came out. I will stop making films with Kajol if these rumours continue. That would be a shame because she’s a fabulous actress. I don’t mind if I have to ruin one of my Sundays, but this time I’ll take the journalist who talked about ‘our affair’ onto the terrace and throw him over the parapet. A hint of Baazigar.”

Shah Rukh Khan then concluded by saying, “I hate getting hurt. Of course, I’ll pose for promotional photos with my heroines but not for magazines.”

Must Read: When Kareena Kapoor Khan Said “I Feel Like A Man…” On Witnessing Karisma Kapoor’s Struggling Days Going Through Her Traumas

The post When Shah Rukh Khan Angrily Revealed He Didn’t Go To Bed With Kajol & Also Said “Girls Don’t Turn Me On, I’m Not Gay…” appeared first on Koimoi.