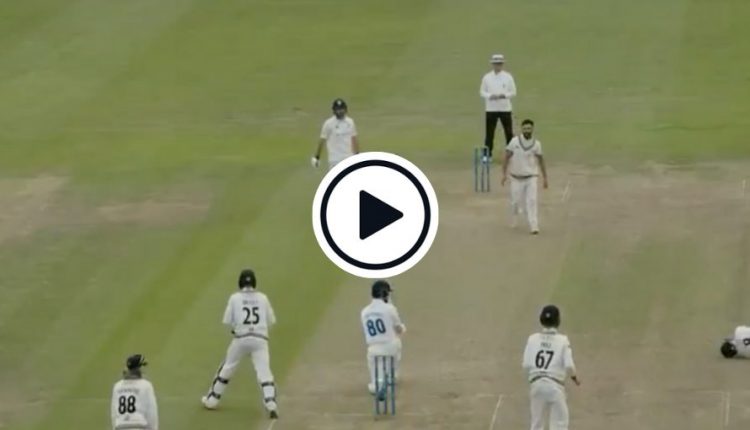 Pakistan left-arm spinner Zafar Gohar continued his fine form with Gloucestershire in the County Championship with a match-winning haul of 6-51 in his side’s Division Two victory over Durham in their final game of the season.

Gohar – who went wicketless in his sole Test outing against New Zealand early this year – enjoyed a productive stint with Gloucestershire taking 17 wickets in his last three innings for the club. In the win over Durham, Gohar took 11 wickets in the match as Gloucestershire secured a seven-wicket win that secured them second place in Division Two.

There was initial concern for Lace but he was given the all clear soon after, taking to Twitter after play to make light of the incident.

You can watch Zafar Gohar’s sixth and final wicket below:

It’s a wicket for Gloucestershire but there is some concern for Tom Lace as the ball ricocheted off his helmet and into Bracey’s gloves.

It’s a wicket for Zafar, Trevaskis is out for 3 and Durham are 87/8

One killed in Kashmir house collapse