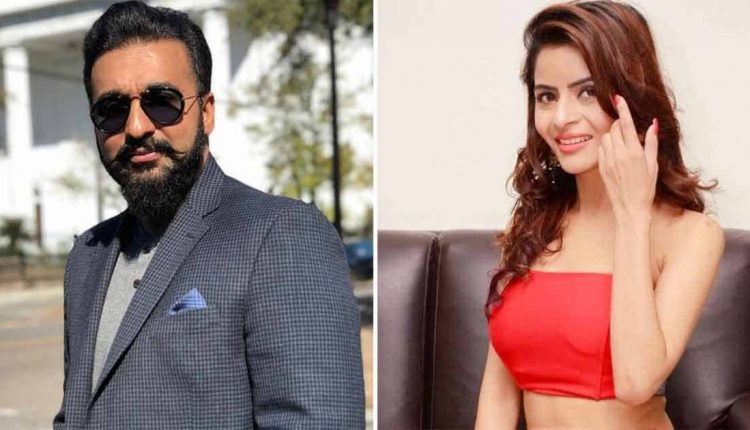 Raj Kundra P*rnogaphy Case: Gehana Vasisth Opens Up Getting Bail From SC, “I Have Proof That I Was Framed” (Photo Credit: Instagram)

Soon after Shilpa Shetty’s husband and businessman Raj Kundra was released on bail for p*rnography case, actress Gehana Vasisth too received interim bail by the Supreme Court in the pornography case. Now actress issues a statement regarding the case. Scroll down to know more.

For the unversed, Gehna was crowned as Miss Asia Bikini and has appeared in many web series including Gandi Baat season 3 on Alt Balaji. She appeared before the Property Cell of the Mumbai Crime Branch this morning and issued statement.

During press conference, Gehana Vasisth expressed happiness about being granted relief by the apex court and vouched to seek justice. As reported by Times Of India, she said, “Don’t know what kind of joke this was. Everyone knows it was wrong to file a case as you all saw the FIR. Despite this, they pursued the case. But finally, I am thankful to the supreme court for granting me relief. I now have interim bail and will hopefully even get anticipatory bail.”

The Gandi Baat actress also spoke about receiving bail from the apex court after finding no respite from other courts. She said, “I have only come here to give you my statement. Everyone knows I have been framed because I have been talking to the media. These people (police) were only pursuing a one-sided narrative and because I told my story and stuck to it, they filed a case against me. I have proof that I was framed. I have raw footage and the CBI has it too. The girl who filed a case against me did so against four other directors as well.”

When Gehana Vasisth was questioned about lending her support to Raj Kundra in p*rnography case and him getting the bail, she said, “I don’t want to pass any comment on Raj Kundra. I just want to clarify that whatever films we made, were all erotica, bold, but not in the p*rn genre. There was no activity in the films that could be categorised as p*rn. Besides all this, on digital platforms, there is still no sensor. If there is no permission required in the first place, then why file a case and resort to blackmail the woman to play the victim to avoid becoming an accused.”

Gehna then slammed the investigating agency for pushing this ‘one-sided’ case and said, “Calling a film p*rn doesn’t make it p*rn. I have all the proof needed for my case when it opens. Right now the battel is about them taking me into custody. When my case comes up for hearing, everyone will know the truth about how I was being framed.”

Not just that Gehna Vasisth also threatened to FIR against those who filed a case against her. “For those women celebrating that they have filed cases against me, I will fight to the best of my capabilities and will bring the truth out. I will also file defamation cases against these women to teach them a lesson on the repercussions of wrongly filing cases against people,” Gehna concluded.

The post Raj Kundra P*rnogaphy Case: Gehana Vasisth Says She Has Proof Of Being Framed As She Opens Up On Getting Bail From SC appeared first on Koimoi.

Shilpa Shukla at ‘With You Without You’ premiere