Raame Aandalum Raavane Aandalum Movie Review: Satire That Comments On The ‘Circus’ Of Politics & Class Divide With A Simple Tale 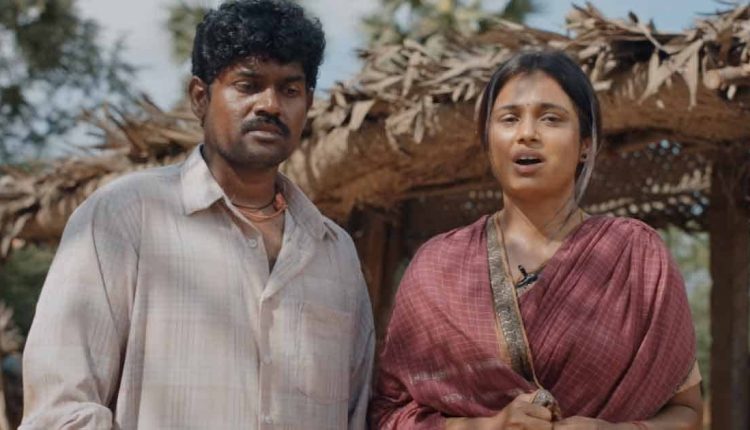 What’s Good: not everyday do films crack the perfect formula for a satire where they make people equal parts aware and equal parts laugh.

What’s Bad: a loophole that every satire at least once comes on the rim of. RARA for a bit falls into it and branches out abruptly.

Loo Break: if reality isn’t something you cannot digest, you will need many.

Watch Or Not: go for it, please. One must acknowledge this film that tells the status of the “fast emerging superpower” that India is and if it is really ready to be a superpower.

An innocent man Kunnimuthu and his wife Veerayi from a remote village in the South of India lose their two bulls. But dare you to call them bulls, his wife and he address them as their kids. What follows is a game of power, the privilege of class, and all the baggage that comes with the divide the privilege create. The bad politics is put under the spotlight and humanity is put to test.

It’s a simple story. A man losses his bulls and is set out to find them. He is innocent and looks at the world as black and white. Little does he know the people with power have painted it grey and that his white linen will only get dirtier amidst them. Writer Arisil Moorthy, takes this simple premise and sharply makes a commentary about the doom of politics that haunts remote villages in India.

Any satire should be equipped enough to make the viewer laugh at their own shortcomings, or the evils around them. Moorthy in his writing does the same. While he clearly shows the class divide in his opening sequence, he makes sure he uses the naivety of his lead character to add much-needed humour. What extent can you think the events unfolding when a pet is lost? Arisil’s brain functions deeper than usual.

He shapes this universe deprived of everything, literally everything. Here’s a village that is somewhere on the deep end of the spectrum. Though set in the time an arrested goon talks about Instagram and followers, the core village knows nothing about the Internet. Forget technology, they aren’t even aware of demonetisation and still carry the old Rs 1000 and 500 notes. In this village exists a naive man who doesn’t know how cunning the human race has become.

Now when the people are so unaware, the system, or rather everyone in power has the freshest fodder to fill their corrupt tummies with. Arisil takes the moment and shifts the focus towards class divide. The police are ready to find a minister’s missing puppy, but Kunnimuthu’s bulls aren’t important enough to have a missing report filed for them. Ministers stage charity events and when not, they eat the sanctions allotted to the village by the government.

The writing not only stays on this side, but it also explores the other too when the world is listening to Kunnimuthu. Media takes its turn and shapes Kunnimuthu’s story as a breaking news and in no time the world is outside his home. No one is bothered about the missing animals, but everyone wants a piece of publicity. There is a lot to unfold. We see the circus slowly depleting because Internet has an attention span for a particular trending event, and no one is bothered if justice was really provided. End of the day, no one really helps.

But what pulls this supremely exciting script down is the branching out. The effort is taken to show how an event as small as bulls getting lost unravels the dark business running on the top government departments. But it comes so much in the end, that I was more curious to know whether Kunnimuthu finds his bulls or not, rather than a shattering death.

Mithun Manickam is said to be making his debut with RARA and if this is what he has to offer, I am excited to see what he takes up next. He almost makes us believe that he is Kunnimuthu. His anxious demeanour, the body language and dialect, everything creates a complete character.

Ramya Pandiyan as Veerayi is a strong woman. Rather let’s put it like she is the man in their relationship as per the society definitions. In an initial scene when the two are quarrelling, Kunnimuthu says, “being a woman you have the privilege of tears. I don’t.” And you instantly know how vulnerable these two humans are.

With Vani Bhojan, the makers try to replicate an authentic journalist. At least closer to authentic.

Arisil Moorthy also holds the direction credits and does an impressive job at it. He manages to show the contrast of their existence to the evolved world and how we have left them behind in the race to progress nicely. The camera helps him too. He is dealing with a village that has no electricity, while showing the rest of the world does.

This is a satire where music doesn’t work like a third wheel, but the main character. The lyrics are something to notice. Every song talks about the situation the system is in the most sarcastic tone, but are also bold at the same time. A song in the opening sequence talks about the class divide and the have nots asking for a place of respect amid the haves and it sets the base so right.

Raame Aandalum Raavane Aandalum only demands empathy, respect and justice for the people whom the fast-emerging superpower India has forgotten. We need to bring them ahead and only awareness can do that.

Share with us your experience of watching Raame Aandalum Raavane Aandalum.

Sunny Movie Review: Jayasurya Reflects The Loneliness Of Isolation In The Post Pandemic World With Finesse
Maestro Movie Review: Nithiin & Tamannaah Bhatia’s Thriller Is Haunted By The Ghost Of Andhadhun

Must Read: Maestro Movie Review: Nithiin & Tamannaah Bhatia’s Thriller Is Haunted By The Ghost Of Andhadhun

The post Raame Aandalum Raavane Aandalum Movie Review: Satire That Comments On The ‘Circus’ Of Politics & Class Divide With A Simple Tale appeared first on Koimoi.