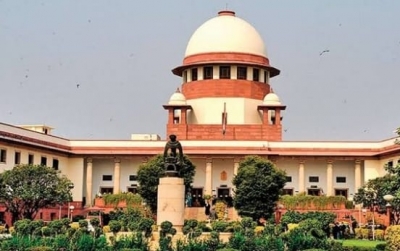 New Delhi, Sep 23 : The Supreme Court on Thursday said an administrative authority, exercising judicial or a quasi-judicial power, must record reasons for its decision, as it set aside the Patna High Court judgment, which directed the National Highway Authority of India (NHAI) to shift a toll plaza on a four-lane road.

A bench of Justices K.M. Joseph and S. Ravindra Bhat said: “In India, every state action must be fair, failing which, it will fall foul of the mandate of Article 14. It is, at this juncture, we may also notice that the duty to give reasons, would arise even in the case of administrative action, where legal rights are at stake and the administrative action adversely affects legal rights.”

“If the law provides for a duty to record reasons in writing, undoubtedly, it must be followed and it would amount to the violation of the statute, if it were not followed,” it said.

The bench noted even if, there is no duty to record reasons or support an order with reasons, there cannot be any doubt that, for every decision, there would be and there must be, a reason. “The Constitution does not contemplate any public authority, exercising power with caprice or without any rationale,” it added, in its 109-page verdict.

The top court verdict came on an appeal filed by the NHAI challenging the Patna High Court order, which directed shifting the proposed construction of toll plaza at 194 km milestone of Patna-Bakhtiyarpur Section of NH 30 in Bihar from its present location to any other place on new alignment, which separates it from old NH 30.

The bench noted that from the materials, including the file notings, which are made available, the court may conclude that there were reasons and the action was not illegal or arbitrary. “From admitted facts, the court may conclude that there was sufficient justification, and the mere absence of reasons, would not be sufficient to invalidate the action of the public authority. Thus, reasons may, in certain situations, have to be recorded in the order,” it added.

The bench directed the NHAI to look at the barricades (closing of service roads) in regard to the toll plaza and permit such only as are permitted in Rule 17 of the Rules. “Any unauthorised barricades will be removed without any delay and at any rate within 2 weeks from today,” it added.

The bench concluded that the toll plaza was not illegal or arbitrary and said the high court’s direction to shift it, cannot be upheld and it is liable to be set aside.(IANS)