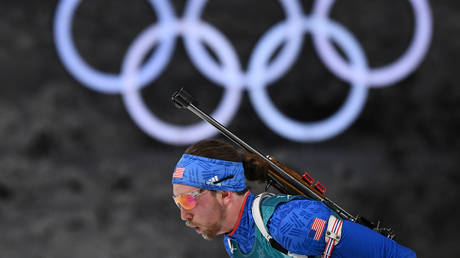 Team US have made Covid vaccination mandatory for any athletes hoping to compete at the Beijing 2022 Winter Olympics – although traditional powerhouses Norway said they will not be following suit by making jabs compulsory.

The US Olympic and Paralympic Committee (USOPC) announced on Wednesday that any athletes and staff hoping to be on the plane to China will have to have received their shots against Covid-19 by December 1.

“This step will increase our ability to create a safe and productive environment for Team USA athletes and staff, and allow us to restore consistency in planning, preparation and optimal service to athletes,” the organization said, adding that any possible exemptions would be considered on a case-by-case basis.

The US had no vaccine mandate in place for athletes at the Summer Games in Tokyo but has changed its stance ahead of Beijing in February.

However, the most successful nation in Winter Olympic history won’t be following in the US’ ski-tracks.

“We are not going to compel athletes to get vaccinated,” Finn Aagaard of Norwegian Sports Federation and the Olympic and Paralympic Committee (NIF) told Reuters.

“Vaccines are freely available in Norway and it is our experience that there is a very high uptake among athletes, but we do not have insight into every individual’s status.”

Elsewhere, Sweden and Finland are unlikely to demand vaccination among athletes while Germany will wait for the release of the Beijing 2022 ‘playbook’ in October, according to Reuters.

The US is set to send around 240 athletes to the Beijing Games, but hundreds more hoping to make the final squad will also need to ensure they are covered.

The USOPC estimated that 83% of its 600+ delegation of athletes in Tokyo had been vaccinated.

However, big names who announced they hadn’t been jabbed included golf star Bryson DeChambeau – who ended up testing positive for Covid just before he was due to depart for Japan.

It remains to be seen whether there are any dissenting voices this time round as the US requires all its stars to roll up their sleeves for a shot at gold in Beijing.

Panjshir Resistance folds up for now; Saleh reportedly in Tajikistan, Massoud in France