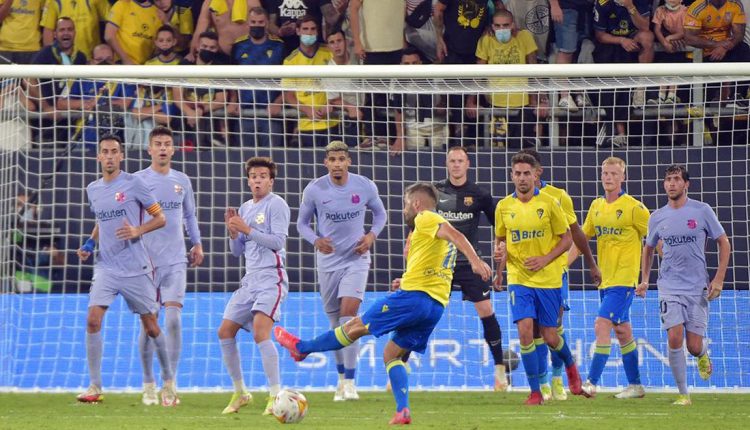 Barcelona made it three games without a victory on Thursday as a goalless draw with Cadiz further weakened Ronald Koeman’s position as coach.

Frenkie de Jong was sent off in the 65th minute at the Ramon de Carranza stadium but holding on for a draw will earn little credit for Koeman, who was also shown a red card in injury-time.

Whether Koeman is still in the post for Barca’s game at home to Levante on Sunday remains to be seen but it appears now to be more a matter of when the club can find a replacement than if he will continue in charge.

“You have to always try to win each game, but you have to be realistic, you have to see the squad we have, the people we’re missing,” said Koeman.

Barcelona are already seven points behind La Liga’s early leaders Real Madrid, albeit having played a game fewer, to go with a poor start in the Champions League after last week’s 3-0 opening defeat by Bayern Munich.

A 1-1 draw with Granada on Monday did little to boost morale, with Koeman coming in for heavy criticism after finishing the game with central defenders Gerard Pique and Ronald Araujo up front.

Disappointment with the team’s style and doubts around his…

Quiz! Most Test runs for Pakistan in each of the last 50 years

‘Crikey, how am I expected to play like Chris Gayle?’ – When T20 went global and England got left behind

India-Pak T20 World Cup match should be called off in view of civilian killings in Kashmir: AAP