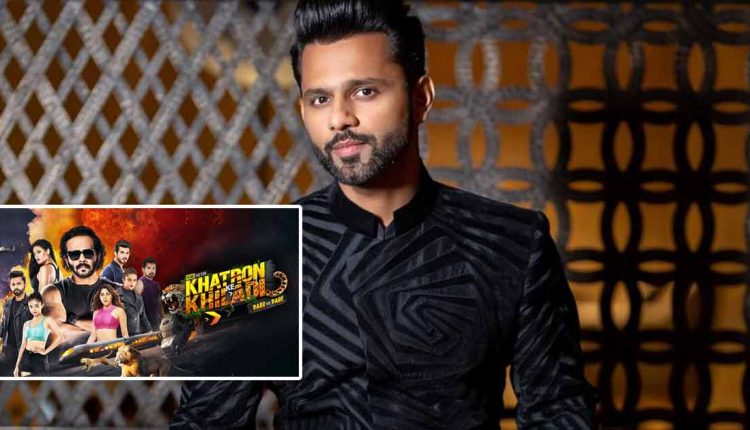 Singer Rahul Vaidya has been creating a buzz since he participated in Bigg Boss 14. He’s currently seen in Khatron Ke Khiladi 11 and recently the team shot for the finale episode. Reportedly, Arjun Bijlani has been declared the winner, however, Rahul’s latest social media post hints that the singer is taking an indirect dig at the KKK makers.

Rohit Shetty hosted a stunt reality show that became the most-watched show in Indian television, as viewers were impressed by the jaw-dropping stunts and daredevil contestants.

His caption is creating a stir among netizens as many speculate that he’s taking an indirect dig at KKK makers, as he was one of the most deserving contestants to win Rohit Shetty’s stunt-based show. The other finalists include Arjun Bijlani, Divyanka Tripathi, Vishal Aditya Singh and Varun Sood.

Meanwhile, fans have been sharing Rahul Vaidya’s paparazzi video in which the singer calls himself the “toughest and solid contestant.”

Whoever wins the Trophy, MY WINNER is @rahulvaidya23

He was, he is and he will always be winner of hearts.
“WINNER OF HEARTS RKV”.

He will know as winner of hearts
Love u champ.
Winning and losing is part of game but u always make us proud @rahulvaidya23#RahulVaidya #RKVians #RKVInKKK11

Some people in Bigg Boss said that RKV can never do any tasks properly.

Now the same people are out of KKK and RKV went to reach the finale.

I don’t look at who won #KhatronKeKhiladi11. What i see.

I said it long back
Even today I mean it.

Thank you @rahulvaidya23 for showing ur fearless side.
You are best and will always be.
Lots of Love#RahulVaidya#RKVians https://t.co/gN7hUrvUyb

Meanwhile, Arjun Bijlani’s wife Neha Swami Bijlani took to her Instagram stories and revealed the winner’s name. As soon as the news started making rounds on the internet, many lashed out at Khatron Ke Khiladi 11 makers, as they claimed showmakers were biased, many argued that Divyanka Tripathi should have won the show.

It’s no doubt Rahul Vaidya nailed in Rohit Shetty’s show with his performances, but his initial journey of Bigg Boss 14 was not so great as he quit the show in the middle of the season but as soon as he entered the house as wild card contestant the singer left no stones unturned to prove himself strong. The singer went to become the 1st runner up of the season and TV star Rubina Dilak took home the winner’s trophy.