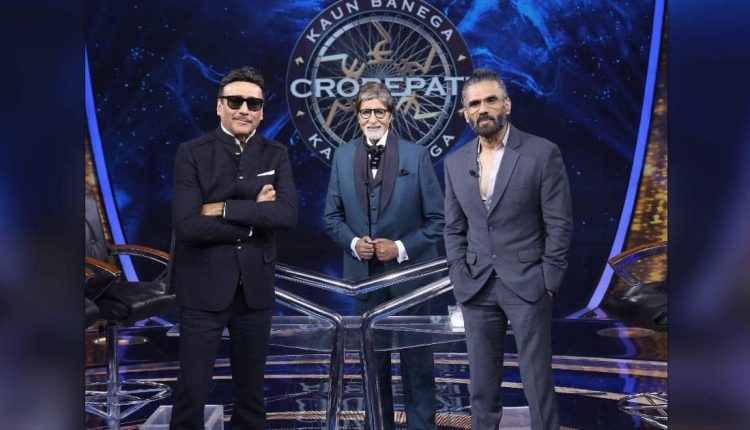 Actor Jackie Shroff shares that he picked up his signature ‘Bhidu’ catchphrase from one of the films of Amitabh Bachchan, on the ‘Shaadaar Shukravaar’ episode of ‘Kaun Banega Crorepati 13’ aka KBC 13. Bollywood actors Jackie Shroff and Suniel Shetty will be the special guests on the show.

In the show, host Amitabh Bachchan asks where Jackie Shroff gets his ‘Bhidu’ accent from. Answering his question, Jackie shares: “Sir, firstly my area was such that the language that was spoken was this only. You have given us this (Bhidu) language. You’ve taught us a good way to speak too. But, this ‘Mumbai-ki-bhasha’ (language of Mumbai) that we speak, that also you’ve only given us. There was one dialogue also of you Sir from ‘Amar Akbar Anthony’.”

Raame Aandalum Raavane Aandalum Movie Review: Satire That Comments On The ‘Circus’ Of Politics & Class Divide With A Simple Tale

Jackie Shroff and Suneil Shetty will be playing ‘Kaun Banega Crorepati’ for the causes that they believe in and support.

Hugs at last: UK residents get emotional after Covid-19…