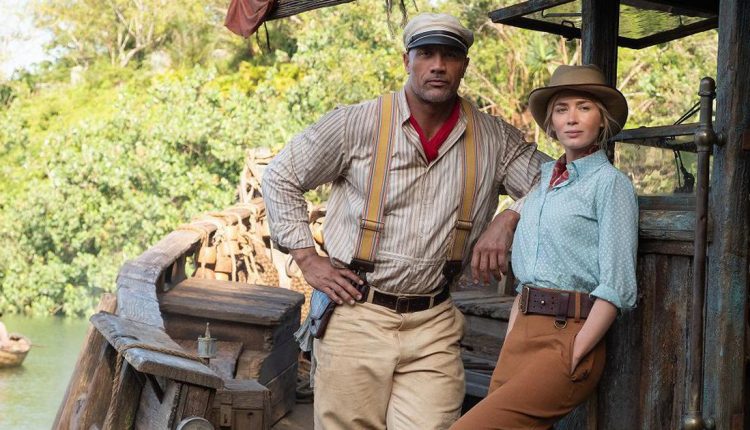 Disney’s theme park ride of the same name is the inspiration for Jungle Cruise, an endless (actually 127-minute) feature driven by visuals effects and set pieces and aimed at the theme-park ride crowd.

Jaume Collet-Serra directs this action adventure headlined by Dwayne Johnson as skipper Frank, who rents his cruise boat to tourists. A fraudster with plenty a pun up his ancient sleeve, Frank hires out his services to British explorer Dr Lily Houghton (Emily Blunt) whose trouser suits raise eyebrows and pique Frank’s curiosity. He nicknames her Pants while she casually refers to him as Skippy.

It’s 1916, and there is no place for women at the stuffy men’s table. Undeterred and armed with a detailed map and a crucial prop, the gender stereotype-defiant Lilly is searching for the Tears of the Moon, magical petals with mythical healing properties that grow only on the Tree of Life. Accompanying Lilly is her foppish brother, Macgregor (Jack Whitehall).

Back in the 1500s, conquistadors, led by Don Aguirre (Edgar Ramirez), met with a terrible fate when they embarked on a similar quest. Four hundred years later, Houghton will have to contend with a German prince (Jesse Plemons) who sees the tree’s foliage as the very secret weapon he…