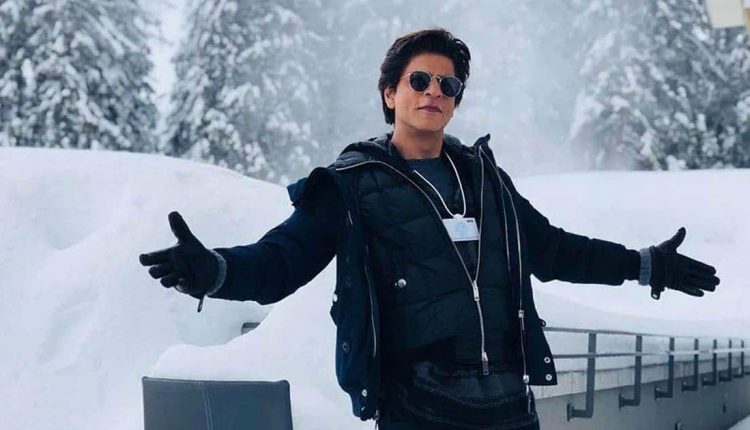 India is trying its best to help the visually handicapped and people with hearing impairment through different measures. Out of all such steps, one is the launch of Indian sign language dictionary. Earlier this month, Prime Minister Narendra Modi had launched the dictionary. Now, the latest we hear is about Shah Rukh Khan’s connection with the dictionary.

Yesterday, we celebrated Indian sign language day. On this special occasion, we heard about Shah Rukh making his way to Indian sign language dictionary. Yes, you read that right! Many assumed it’s Shah Rukh’s iconic romantic pose (spreading arms) that has made the cut, but that’s not the case. Below is all you need to know.

The dictionary is made available in DVD and traditional print form by Indian Sign Language Research and Training Centre.

If reports are to be believed, previous editions of the dictionary had mentions of Amitabh Bachchan, Priyanka Chopra, Kareena Kapoor and Salman Khan.

Meanwhile, on the work front, Shah Rukh Khan has three big projects in the making. He has already shot major portions of Siddharth Anand’s Pathan alongside Deepika Padukone and John Abraham. Shah Rukh has also kick-started Atlee’s tentatively titled, Lion. The film with Rajkumar Hirani is expected to start in May 2022.

Speaking more of Shah Rukh and Rajkumar Hirani’s collaboration, the film will reportedly see Taapsee Pannu as the leading lady. The film will be based on the concept of Donkey Flight and the shoot will start in Punjab.

Must Read: KRK Claims Akshay Kumar & Ajay Devgn Will Fly Out Of India By Chartered Plane If Something ‘Big’ Happens

COVID-19: No all-party meeting ahead of monsoon session of…