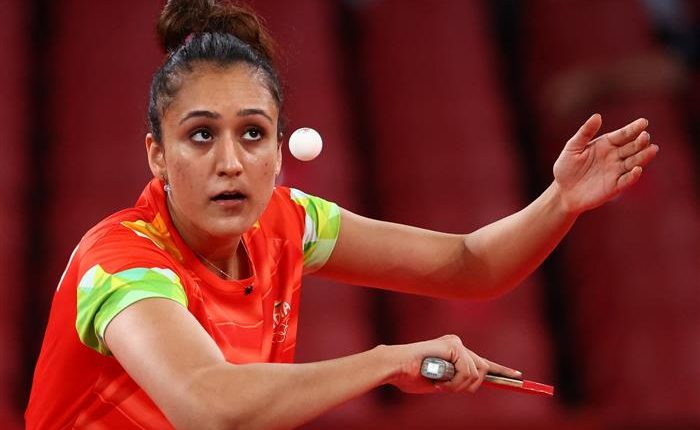 The Delhi High Court on Thursday stayed the Table Tennis Federation of India’s mandate on compulsory attendance at the National Coaching Camp in order to be selected for any upcoming international event and asked the Centre to conduct an inquiry into Manika Batra’s complaint against the sports body.

Justice Rekha Palli further said that if warranted, the Union Sports Ministry may look into the affairs of the TTFI as well.

Justice Palli was hearing a plea by Batra who was left out of the Indian contingent for the upcoming Asian Table Tennis Championships and has alleged that national coach Soumyadeep Roy “pressurised” her to “throw away” an Olympic qualifier match in favour of one of his personal trainees.

The judge said the rule mandating compulsory attendance at the national camp has been enforced “at a point when there was a complaint pending against the national coach” and the same “does not inspire confidence”.

The court also expressed “anguish” at the manner in which a committee, constituted by the federation to look into the allegations, was reconstituted after it sought Centre’s stand on the issue.

“They are overreaching the court. I will issue a notice of contempt. I pass an order and you appoint a new person. This is shocking… I am expressing my anguish,” the judge stated.

“I am of the view that the operation of the rule is required to the stayed till the next date of hearing. Respondent no. 2 (Sports Ministry)…is itself inclined to hold an inquiry into the serious allegations by the petitioner. There is no reason why respondent no 1 (federation) should continue with its rule,” she ordered.

“Respondent no 2 will proceed to hold an inquiry at the earliest…furnish a copy of the report to the court,” it was added.

The court clarified that at this stage, it was not appointing any committee to look into the issues and directed that the Centre’s inquiry report be placed before it in four weeks.

It added that the Centre may seek the stand of the national coach and also issued notice on the petition, which was listed for further hearing on October 28.

Senior counsel Sachin Dutta, appearing for Batra, said his client was not desirous of participating in the upcoming Asian Table Tennis Championships.

“Some (tournaments) are starting from October 24 and world championship is in November. The event (Asian Table Tennis Championship) is next week and training happens in Pune,” he said.

Additional Solicitor General Chetan Sharma, representing the Centre, stated that the federation’s rule on compulsorily attending the national camp was in the teeth of the sports code and defeated merit.

He informed that the Centre would initiate an inquiry into the athlete’s allegation.

Advocate Hrishikesh Baruah, representing TTFI, defended the rule and stated that such a mandate was present on other sports as well including weight lifting and judo.

The lawyer clarified that his client had no say on grant of access to a venue to Batra’s personal coach and physiotherapist at any sporting event.

He argued that the federation has no problem with holding a fair inquiry into Batra’s allegations that claimed that the national coach was not even present at the national camp which she refused to attend. “Maybe I will agree with you (at a later stage). Today, holistically, I am not with you,” the court stated.

In the petition, the Commonwealth Games gold medallist and Khel Ratna awardee has alleged that the federation was carrying out its selection processes in a non-transparent manner, targeting certain individuals such as herself.

She has asserted that the national coach, in a clear conflict of interest, was running a private table tennis academy simultaneously and on one occasion, “pressurised the petitioner to throw away a match only with a view to help one of his trainees at his private academy to qualify for the Olympics, 2020”.

“This incident happened on 17.03.2021 in respect of the match to be held on 18.03.2021 at the Asian Olympic Qualification Tournament, 2021 organised by ATTU. Not only did the Petitioner refused to comply with such an unethical, illegal and immoral request, but she also immediately communicated this to the Adviser, TTFI, on 18.03.2021,” the plea reads.

“After conclusion of Olympics, the Respondent No.1 (federation) issued Rules and Regulations dated 04.08.2021 (received by the Petitioner on 27.08.2021) informing her that attending of National Coaching Camp is compulsory, failing which she would not be selected for any upcoming international event,” it further reads.

The plea states that Table Tennis is an individual sport, which requires specialised training with support staff and thus the rule against personal coaching is arbitrary, irrational, absurd and has no nexus with achieving excellence in an individualised sport. —PTI

1 person died from Covid every 5 MINUTES in Romania in October, amid lagging vaccination campaign & hospital…

‘A classic RINO!’: Trump tears into Colin Powell & ‘beautiful’ media coverage in wake of his death despite ‘big…

Teja begins hunt for actors for his next

Resistance band workouts are everywhere – but do they work?