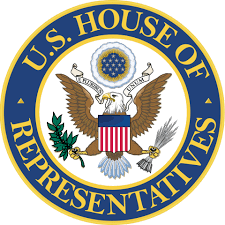 WASHINGTON, DC– Today, Congressman Krishnamoorthi issued the following statement after the Senate Parliamentarian opined that a proposed pathway to permanent residence for Dreamers, Temporary Protected Status holders, farmworkers, and other essential workers would not comply with Senate rules regarding budget reconciliation:

“I am disappointed the Senate parliamentarian decided that a proposed pathway to permanent residence for 8 million Dreamers, TPS holders, farmworkers, and other essential workers cannot be included in the Build Back Better Act in its current form,” said Congressman Krishnamoorthi. “However, I urge my colleagues in the Senate to find an alternative way forward for these individuals that meet the Senate’s rules and also include individuals stuck in the employment-based green card backlog. Senate leaders have said they would present the different components of immigration reform to the parliamentarian separately, and, as of now, she has not had the opportunity to consider the provisions that would provide relief for backlogged high-skilled immigrants. We urge Senate leaders to bring forward each of the components of immigration reform at the earliest, including relief for backlogged high-skilled immigrants.”

The parliamentarian’s decision was issued shortly after a new and groundbreaking Niskanen Center report found recapturing unused employment-based and family-sponsored green cards since 1992 would add $1 trillion to U.S. Gross Domestic Product (GDP) and increase net revenue to federal, state, and local governments by $463 billion over ten years. The legislation passed by the House Judiciary Committee last week would recapture employment-based green and family-sponsored green cards unused since 1992, allow individuals with approved immigrant petitions to file for adjustment of status early upon payment of a fee, and exempt family-sponsored and employment-based applicants from numerical limits on visas for an additional fee. Increasing fees is inherently budgetary in nature, and the House Judiciary-passed provisions would increase federal revenue by billions over the next decade.

Congressman Krishnamoorthi has long been a champion of reforming the immigration system for high-skilled immigrants. He is an original cosponsor of the Equal Access to Green Cards for Legal Employment (EAGLE) Act (H.R. 3648) and, along with Congresswomen Kathy Manning (D-NC) and Deborah Ross (D-NC), recently led 40 Members of Congress in sending a letter to House Speaker Nancy Pelosi and Senate Majority Leader Chuck Schumer on the importance of addressing the employment-based green card backlog in the Build Back Better Act.