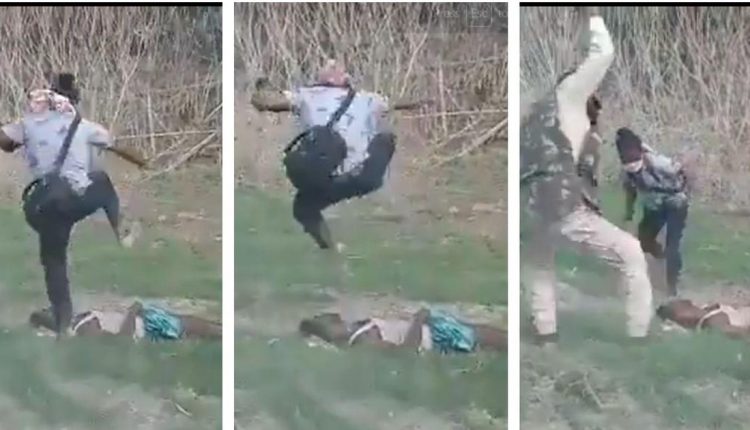 The Assam Police on Thursday evening said they have arrested a man who was seen in a video desecrating the body of a protestor killed in police firing during an eviction drive in Sipajhar area of Darrang district.

The police said the Assam Criminal Investigation Department has registered a case against Bijoy Bonia.

What protocol orders firing to the chest of a lone man coming running with a stick ⁦@DGPAssamPolice⁩ ⁦⁦⁦@assampolice⁩ ? Who is the man in civil clothes with a camera who repeatedly jumps with bloodthirsty hate on the body of the fallen (probably dead) man? pic.twitter.com/gqt9pMbXDq

Currently in Sipajhar, taking stock of the ground situation.
The cameraman who was seen attacking an injured man in a viral video has been arrested.

As per wish of Hon. CM @himantabiswa I have asked CID to investigate the matter.
Cameraman Bijoy Bonia is in @AssamCid ‘s custody.

Visuals of the police action during the eviction drive on Thursday morning showed the man in civilian clothes with a camera jumping on the body of a protestor who was shot in his chest. Two civilians were killed in the police firing.

At the end of the video, policemen can be seen hugging the photographer.

NDTV reported that he was…

Kejriwal writes to PM, bats for ‘Bharat Ratna’ for doctors