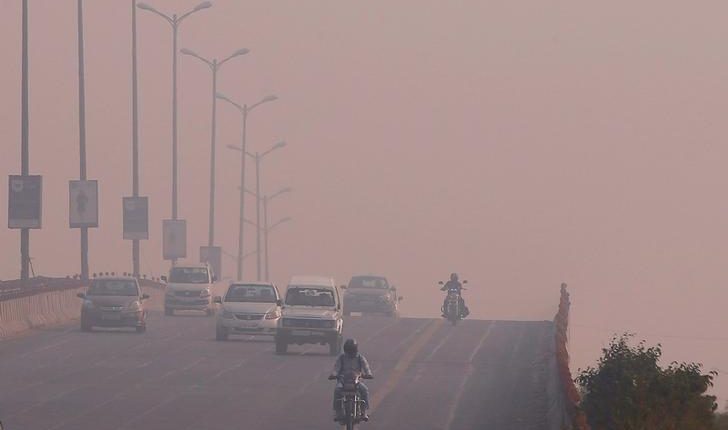 The much awaited 2021 guidelines reduce the ‘acceptable’ annual mean concentration of PM2.5 in ambient air from 10 μg/m3 to 5 μg/m3.
Even low concentrations of particulate pollution are harmful to human health, so it’s not clear why the WHO has shied away from adopting a stricter limit.
Questions about political influence on this limit are legitimised by the fact that ‘acceptable’ pollution levels in India being much higher and widely unmet.

The WHO has announced its plans to revise the Air Quality Guidelines (AQG) this year.

The much awaited 2021 guidelines reduce the ‘acceptable’ annual mean concentration of PM2.5 in ambient air from 10 μg/m3 to 5 μg/m3. While the new guideline values are based on a systematic review of the latest research, the guidelines themselves offer no basis for pausing at the 5 µg/m3 threshold.

This is particularly concerning given that the WHO’s own webpage on ambient air pollution makes the following observation:

“Small particulate pollution has health impacts even at very low concentrations – indeed no threshold has been identified below which no damage to health is observed. Therefore, the WHO 2005 guideline limits aimed to achieve the lowest concentrations of PM possible.”

Even low concentrations of particulate pollution are harmful to human health. So it’s not clear why the WHO has shied away from adopting a much stricter limit since 2005 and, of course, the extent to which politics has influenced this decision.

It’s worth asking the latter question particularly when the politically agreed standards in India are four-times lower than the WHO guideline value and in fact among the poorest in Asia. (Annual mean standards in Indonesia, Pakistan, South Korea, Malaysia and Bangladesh are 15µg/m3, compared to India’s 40µg/m3.) Despite this reality, cities across the region have consistently failed even at achieving these lax standards: 42 of the 50 most polluted cities in the world are now in South Asia, and 35 of these are in India.

Today, air pollution is the biggest environmental risk for early death, and is known to be responsible for more than 6 million premature deaths every year, from heart attacks, stroke, diabetes and respiratory diseases. This is higher than the mortality due to AIDS, tuberculosis and malaria combined. In this context, threshold numbers are reflective of non-scientific considerations.

The state of the world’s environment is a result of a model deeply wedded to the notion that environmental protection is opposed to economic growth. The concept of environmental governance in this framework is reduced to managing an acceptable level of pollution, instead of eliminating it. In turn, the idea of health-based standards in this framework is rendered futile – as there will always be economic considerations that will trump scientific logic.

In view of these ground realities, it would augur for the WHO to take a bolder outlook and propose guideline values lower than the new 5 µg/m3. Such a position is likely to be politically unpopular but will go a long way towards empowering the cause of public health everywhere.

Dharmesh Shah is a senior technical advisor with the Delhi-based Lawyers’ Initiative for Forests and Environment (LIFE).

The post WHO Announces Revised Air Quality Limits. Will the New Numbers Save the Day? appeared first on The Wire Science.