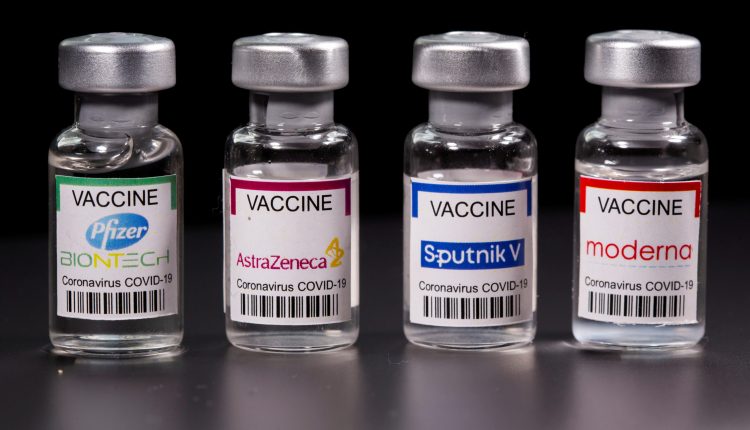 About 35% of people who have received at least one dose of a COVID vaccine were from high-income countries.
Meanwhile, vaccination rates in some countries, including Haiti and the Democratic Republic of Congo, are less than 1%.
The African continent bears the worst brunt of vaccine nationalism, Ghana President Nana Akufo-Addo has told the UN.

United Nations: Leaders from developing nations warned the UN General Assembly this week that COVID-19 vaccine hoarding by wealthy countries left the door open for the emergence of new coronavirus variants even as infections already increase in many places.

The Philippines warned of a “man-made drought” of vaccines in poor countries, Peru said international solidarity had failed and Ghana lamented vaccine nationalism. The United Nations chief described the inequitable distribution of COVID-19 vaccines as an “obscenity.”

“They now talk of booster shots, while developing countries consider half-doses just to get by. This is shocking beyond belief and must be condemned for what it is – a selfish act that can neither be justified rationally nor morally.”

About 35% of people who have received at least one dose of a coronavirus vaccine were from high-income countries, and at least 28% were from Europe and North America, according to Reuters data from countries that report such figures.

Meanwhile, vaccination rates in some countries, including Haiti and the Democratic Republic of Congo, are less than 1%, a Reuters tracker shows.

The African continent bears the worst brunt of vaccine nationalism, Ghana President Nana Akufo-Addo told the gathering on Wednesday. About 900 million Africans are still in need of vaccines in order to reach the 70% threshold achieved in other parts of the world.

Colombian President Ivan Duque said COVID-19 vaccines must be equitably distributed to avoid the creation of new, more fearsome variants of the coronavirus.

“If delays in the equal distribution of vaccines continue in all countries we, humanity, are exposed to new variants attacking us with greater ferocity. Global immunity requires solidarity, so hoarding cannot exist in the face of others’ needs,” Duque said on Tuesday.

Some countries have acquired enough doses for six or seven times their population and have announced third booster doses, Duque added, while others have not been able to administer any shots.

US President Joe Biden on Wednesday pledged to buy 500 million more COVID-19 vaccine doses to donate to other countries, which will put total US donations to more than 1.1 billion doses as it comes under increasing pressure to share its supply with the rest of the world.

“This is an all hands on deck crisis,” Biden said, kicking off a virtual summit on the sidelines of the General Assembly aimed at boosting global vaccination rates.

Chinese leader Xi Jinping, in his speech to the UN on Tuesday, repeated China’s aim to provide 2 billion COVID-19 vaccine doses to the world by the end of the year.

ONE Campaign, a nonprofit focused on poverty and public health, said the US donation will not be enough and that other wealthy countries need to urgently increase support for global vaccination efforts or face leaving more than 2.3 billion around the world still unvaccinated by September next year.

“We are past the point of urgency to end this pandemic. Everyone is on the hook to agree to a global plan to get 70% of the world vaccinated,” Tom Hart, acting chief executive at ONE, said in a statement.

Peru’s new leftist president, Pedro Castillo, told the gathering he was proposing an international agreement between heads of state and the owners of COVID-19 vaccine patents “to guarantee universal access” to the shots.

“The battle against the pandemic has shown us the failure of the international community to cooperate under the principle of solidarity,” Castillo said.

Peru has suffered the world’s highest mortality rate caused by the virus and has so far fully vaccinated less than 30% of its population.

The new Iranian president, Ebrahim Raisi, told leaders the Islamic Republic is facing another hurdle in its bid to get its population vaccinated – US sanctions.

“Sanctions, especially sanctions on medicine at the time of the COVID-19 pandemic, are crimes against humanity,” Raisi said on Tuesday.

Food, medicine and other humanitarian supplies are exempt from US sanctions reimposed on Tehran in 2018 but the measures have deterred some foreign banks from processing financial transactions with Iran.

‘No one is safe’: Actor Johnny Depp calls for revolt against cancel culture, warns that ‘it takes one sentence’ to destroy someone

Cinema has no language: Prosenjit Chatterjee

An Honest Review Of ‘Bachna Ae Haseeno’: A Story About An…