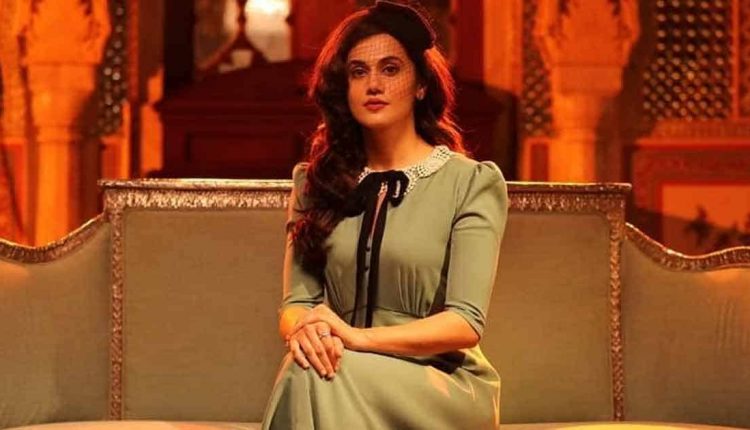 Read On To Know What Taapsee Pannu Has To Say About Trolls Calling Her Jobless (Photo Credit: Facebook)

Taapsee Pannu, who was recently seen in the horror-comedy Annabelle Sethupathi, was once known for giving it back to trolls. The actress, in a recent interview, said that she rarely claps back at online trolls now and added that she rarely takes online battles head-on now.

During the same chat, she also added that even though a section of people calls her ‘jobless,’ her work diary is full for the next couple of years. Read on to know all she said.

While interacting with The News Minute, Taapsee Pannu got candid and said that she does not really respond to trolls anymore. The Thappad actress told the publication, “I ignore most trolls because most are bots or unleashed in a coordinated campaign. They have nothing substantial to offer and get triggered when you are successful. It gets amusing to watch.”

Kareena Kapoor Khan’s Real Name Before Her Mother Got Inspired By Leo Tolstoy’s Ana Karenina Was As Unique As Her Current One!
Vicky Kaushal’s Engagement Rumours With Katrina Kaif Results In Sunny Kaushal Taking A Dig At The Media, Saya “Today, There’s No News, Ao Let’s Print This”

Taapsee Pannu further added, “They call me jobless, when I don’t have time to take up a film till 2023. But, I’m way too secure to react to that.”

While she refrains from interacting with trolls, the Haseen Dillruba actress replied to a netizen criticising her physique. A Twitter account reacted to a picture showing Taapsee from the back and wrote, “Ye Mard Ki Body Wali sirf @taapsee Hi Ho Sakti hai (Only Taapsee can have a manly body like this).” Replying to this, Taapsee said, “All I will say is…. Just remember this line and wait for 23rd September 🙂 And advance mein THANK YOU I really worked hard for this compliment.”

On the work front, Taapsee Pannu has an interesting lineup that features titles like Shabaash Mithu – a film based on the life of cricketer Mithali Raj, Looop Lapeta – the remake of German hit Run Lola Run, Rashmi Rocket – an upcoming sports drama, Blurr – a project that marks her maiden production, and Anurag Kashyap’s Dobaaraa.

Must Read: Sidharth Malhotra & Kiara Advani To Finally Make It Official By Tying The Knot? Shershaah Actor Says “It Has To Be Done Correctly”

The post Taapsee Pannu Responds To Being Called Jobless By Trolls: “I Don’t Have Time To Take Up A Film Till 2023” appeared first on Koimoi.

Equitable access of Data is critical aspect for all…