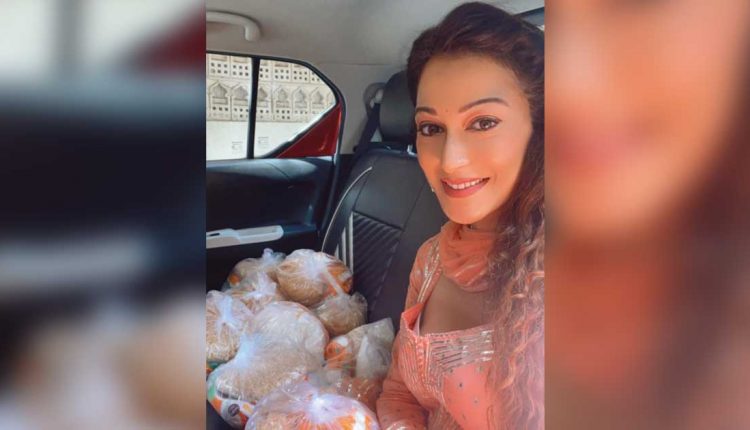 Sunayana Fozdaar Urges Her Followers To Donate Food Amongst The Underprivileged

Sunayana Fozdar who has been winning hearts through her nuanced performances on the Indian television for the past one decade has come out and has urged her fans to do help out the underprivileged in these times of distress.

The actress who has a humongous fan following on social media has made the correct usage of her social media platforms in these unprecedented times!

Sunayana Fozdar who clicked a selfie in her car where there are necessary food items kept which she distributes whenever she spots someone in need. It’s always great to see such public figures coming forward to do propagate the gospel of humanity. We all know that the world is still going through the distressed times wherein the world needs more of empathy from the mankind.

Neha Bhasin Gets Emotional About Sidharth Shukla & Shehnaaz Gill’s Bond: “Felt Like Yesterday When I Had Seen Sidnaaz Together In The Bigg Boss House”

A few months back, in an exclusive conversation with Koimoi, the actress talked about her relationship with her mother, Sunayana Fozdar shared, “My relationship with my Mom is very strong yet we don’t express! I am an identical copy of hers. But we are extremely emotional people. She has been my pillar of strength. Whatever I am today, I owe it to her completely. And it’s been an all-woman army in my home always. So, she has always taught me how to be independent”.

Must Read: Bigg Boss 15: Tejasswi Prakash To Be A Part Of Salman Khan Led Reality Show? Find Out

The post Sunayana Fozdar Urges Her Followers To Donate Food Amongst The Underprivileged appeared first on Koimoi.

Kareena Kapoor Khan’s Real Name Before Her Mother Got Inspired By Leo Tolstoy’s Ana Karenina Was As Unique As Her Current One!

Meet the robot that folds itself up and crawls