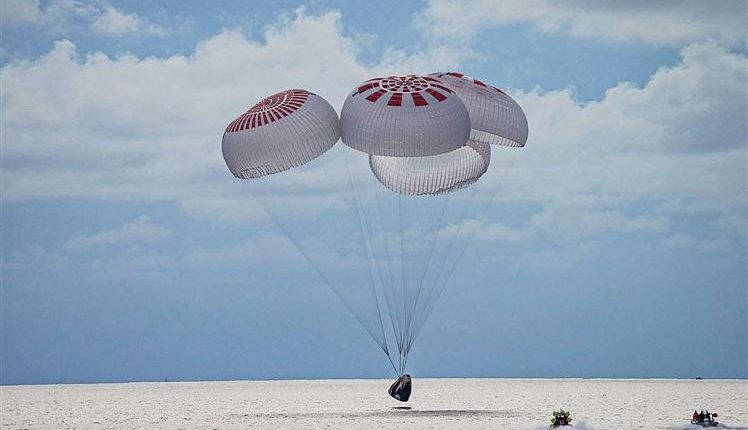 Four space tourists safely ended their trailblazing trip to orbit on Saturday with a splashdown in the Atlantic off Florida
Their SpaceX capsule parachuted into the ocean just before sunset, not far from where their chartered flight began 3-days earlier
The Inspiration4 team blasted off on Wednesday from the Kennedy Space Center in Cape Canaveral atop one of SpaceX’s two-stage reusable Falcon 9 rockets
The all-amateur crew was the first to circle the world without a professional astronaut

Within three hours of takeoff, the crew capsule had reached a cruising orbital altitude of 585 km, which is higher than the International Space Station or Hubble Space Telescope
It is the farthest any human has flown from Earth since NASA’s Apollo moon programme ended in 1972

2008 Mumbai terror accused Tahawwur Rana to remain in US…