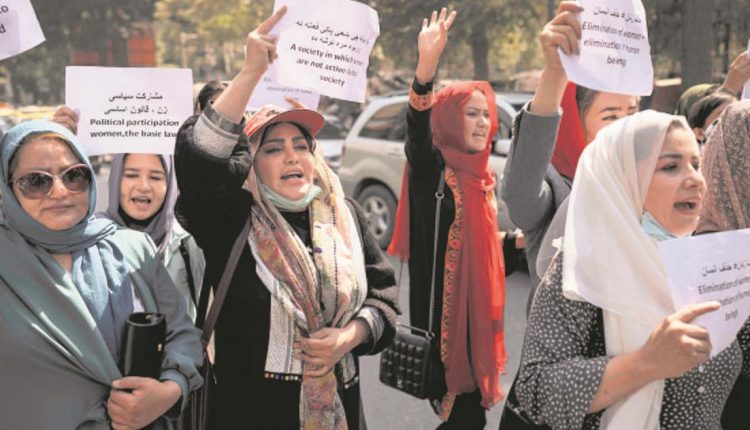 Women employees in the Kabul city government have been told to stay home, with work only allowed for those who cannot be replaced by men, the interim mayor of Afghanistan’s capital said on Sunday, detailing the latest restrictions on women by the new Taliban rulers.

The decision to prevent most women city workers from returning to their jobs is another sign that the Taliban, who overran Kabul last month, are enforcing their harsh interpretation of Islam despite initial promises by some that they would be tolerant and inclusive. In their previous rule in the 1990s, the Taliban had barred girls and women from schools, jobs and public life.

In recent days, the new Taliban government issued several decrees rolling back the rights of girls and women.

On Friday, the Taliban shut down the Women’s Affairs Ministry, replacing it with a ministry for the “propagation of virtue and the prevention of vice” and tasked with enforcing Islamic law.

On Sunday, just over a dozen women staged a protest outside the ministry, holding up signs calling for the participation of women in public life. “A society in which women are not active is (sic) dead society,” one sign read. “Why are they (the Taliban) taking our rights?” said one of the protesters. — AP