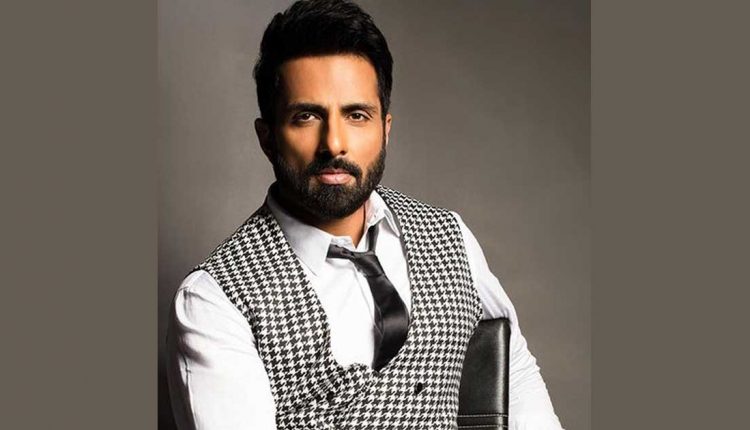 Bollywood Actor Sonu Sood States That The Tax Officers That Raided His House, Agreed That He Has Done A Good Work(Photo Credit: Instagram)

Sonu Sood has given Indian cinema several movies from ‘Entertainment’ to ‘Dabangg’ and is also one of the few superstars who has come up to help poor and needy people during these tough times of covid.

The actor is undeterred by the investigation he has to face by The Central Board of Direct Taxes. After the claims were released that the actor had piled up on crores of rupees, the actor published a statement telling that every penny will ultimately be spent on humanitarian causes.

Salman Khan Could’ve Been Grandfather By Now; He Once Revealed His Childhood Crush’s Grandchildren Are His Fans

Sonu Sood said that the tax officials were impressed with how meticulously detailed his paperwork was, and that they approved that he had done ‘good work’. Sony said, “I asked them – have you ever seen this kind of documentation, details, paperwork? They said no…they were also happy with whatever they were seeing. They said it was the smoothest four days of raids for them.”

Talking about the illegal transfer of foreign cash into his account, the ‘Happy New Year’ actor said that the cash was going directly to the beneficiaries and that he couldn’t get ‘a single dollar’ into his account. “I have 54,000 unread emails, thousands of messages on WhatsApp, Facebook, Twitter. It will not even take 18 hours to finish 18 crores. But I have to make sure every single penny is used properly, for a genuine and needy person,” Sonu said.

Today, Sonu Sood said in a statement, “You don’t always have to tell your side of the story. Time will. I have pledged myself to the service of the people of India with all my strength and heart. Every rupee in my foundation is awaiting its turn to save a precious life and reach the needy. In addition, on many occasions, I have encouraged brands to donate my endorsement fees to humanitarian causes too, which keeps us going. I have been busy attending to a few guests, hence was unable to be at your service, for the last four days. Here I am back again in all humility. At your humble service, for life.”

The CBDT said the charity foundation set up by Sonu was integrated on July 21, 2020, and has obtained donations to the amount of ₹18.94 crores from April 1, 2021, to date. Well, it said, the foundation has spent around ₹1.9 crores for numerous relief works and the balance of ₹17 crores has been found lying “unutilised” in its bank account. It is seen, the statement asserted, that funds to the tune of ₹2.1crores have also been brought up by the charity foundation from overseas donors on a crowdfunding platform ‘in violation’ of FCRA regulations.

Sonu Sood has been putting up funds to help those in need of aid during the Covid-19 pandemic. He started up his actions last year when he organized for stranded migrant workers to get transportation to their home states.

Must Read: Raj Kundra Bailed In Po*nography Case With 50,000 Surety; Bail Claims Hotshots Not Illegal & He’s Not Involved In Any Video Shootings

The post Sonu Sood Reveals The Taxmen Said They Had ‘The Smoothest 4 Days Of Raids’ As He Reacts To 20 Crores Tax Evasion Row appeared first on Koimoi.

‘We want justice under US law,’ father of 2yo daughter killed in Kabul drone strike tells RT

North Korea names new interlocutor for talks with US