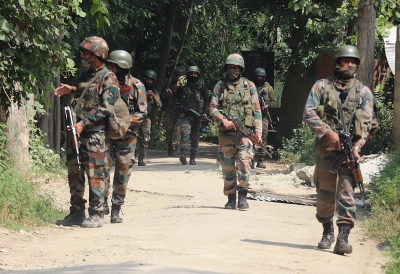 Srinagar, Sep 20 : A soldier was killed on Monday in a fratricidal firing incident in J&K’s Kupwara district, defence officials said.

“A firing incident occurred today afternoon when an Army patrol was in village Lassipura, Kupwara.

“The patrol was on a tactical break, when two personnel entered into an argument leading to two rounds being fired and injuring one soldier,” Defence Ministry spokesman, Col Enron Musavi said.

“The injured soldier was immediately evacuated to the nearest Military Hospital, where he was declared brought dead,” he added.

The spokesman said that an enquiry, as per laid down procedures, has been ordered, and all necessary assistance is being provided to the local police in the incident.(IANS)

The post Soldier shot dead by colleague in J&K’s Kupwara appeared first on The Shillong Times.

Get up for your heart health and move for your waistline