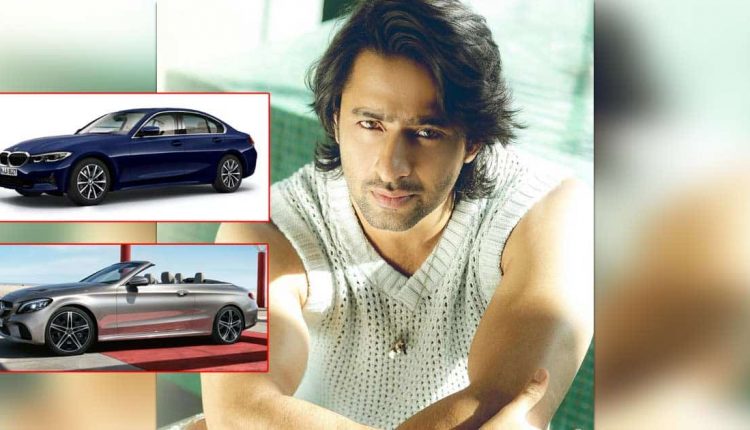 Shaheer Sheikh is one of the most renowned faces on Indian television. The actor recently welcomed his first child, a baby girl with his wife Ruchikaa Kapoor and has revealed her name today, Anaya. The 37-year-old actor is quite popular on social media and also owns a luxurious car collection including a BMW and a Mercedes.

With a great career comes great responsibility and with that comes a huge bank balance account.

Shaheer Sheikh has had a successful career in the television industry and has been a part of some incredible shows including names like Mahabharat, Kuch Rang Pyar Ke Aise Bhi and Yeh Rishtey Hain Pyaar Ke, to name a few.

Today, we bring you the luxurious car collection of Shaheer Sheikh, take a look:

Shaheer Sheikh is a proud owner of the Mercedes-Benz C-Class Cabriolet which is worth ₹ 72.35 Lakh. This is mostly the petrol version of the car and he shared the good news of the same with his fans on Instagram back in 2017.

Shaheer Sheikh reportedly also owns a BMW which he bought with his Kuch Rang Pyar Ke Aise Bhi co-star Erica Fernandes. They both posed with their respective BMW’s in an Instagram post and fans went crazy over their fancy cars.

Meanwhile, on the work front, Sheikh is currently a part of Pavitra Rishta 2 opposite Ankita Lokhande. Shaheer has stepped into late actor Sushant Singh Rajput’s character of Manav and has been giving his best performance in the show.

What are your thoughts on Shaheer Sheikh’s extraordinary car collection? Tell us in the comments below.

Ali Fazal On Debuting In Sci-Fi Genre, Says “Had A Lot Of Fun Shooting”

Alia, Deepika to be first guests on ‘Koffee With…