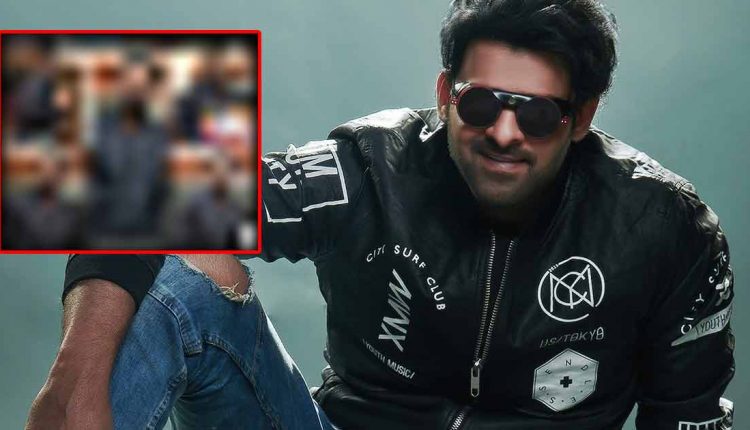 Uppalapati Venkata Suryanarayana Prabhas Raju, professionally known to all as Prabhas took over the Indian Movie industry with his S. S. Rajamouli directorial Bahubali: The Beginning and has recently presented himself in a new look on his social media account.

The Saaho actor has grabbed all the attention with his brand new look! The actor has given all the trolls and haters a dashing response by looking extremely cool in the new images that are doing rounds on the internet.

Prabhas has just nailed it with his suave and stylish look like a pro as he wore this black shirt paired with dark-coloured pants! The actor looks as dapper as ever in these images. The Bahubali has recently inaugurated the Kalakaar teaser and his pictures from the event spread like wildfire on social media.

Acing it in black #Prabhas. pic.twitter.com/f9VhegksB3

Recently, Prabhas was mercilessly scoured on social media for gaining weight. Cyber citizens fat-shamed the actor after images of him went viral on social media. The south actor had put on weight for his upcoming movie named ‘Adipurush’ where he will undertake the role of Lord Rama. Also, netizens mocked him for his absence of makeup.

Talking of the professional front, Prabhas has a lot of intriguing projects lined up for the future. Audiences are eagerly waiting for his forthcoming romantic drama Radhe Shyam alongside Pooja Hegde. Also, the actor will play the lead role in Om Raut’s directorial Salaar and Prasanth Neel’s magnum creation Adipurush. He will also be working on Project alongside Deepika Padukone.

Stay tuned to Koimoi for more such latest scoops from Bollywood!

Must Read: Vijay Sethupathi & Trisha’s Critically Acclaimed 96 To Get A Hindi Remake, Here’s What We Know!

The post Prabhas Gives It Back To ‘Getting Old’ & ‘Out Of Shape’ Comments With A Brand New Sleek & Sharp Avatar! appeared first on Koimoi.

PM Modi meets President Kovind, briefs him on issues of…

Every department should create action plan to generate…