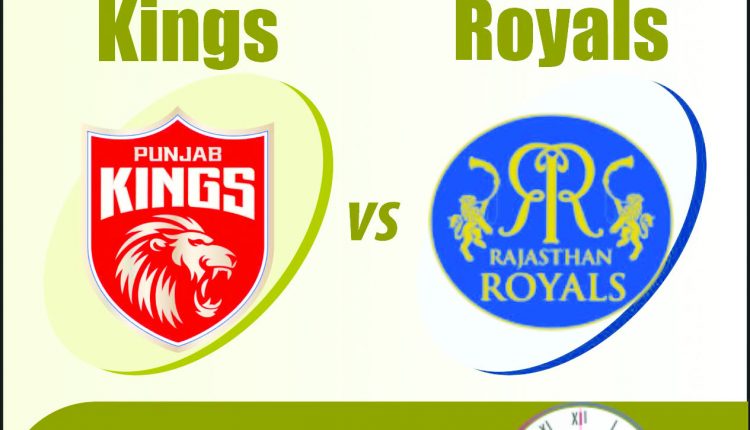 DUBAI, Sep 20: Liam Livingstone and Evin Lewis’s explosive batting will meet its match in Chris Gayle’s power and KL Rahul’s finesse when Rajasthan Royals lock horns with Punjab Kings to improve upon their mid-table position in the Indian Premier League here on Tuesday.
The two IPL teams have been perennial under-achievers in the league and would be desperate to change their fortunes after disappointing one and all with their underwhelming performances over the past few seasons.
More so for Punjab Kings, the only team that has lacked any kind of stability over the 14 seasons of IPL with captains and coaches being changed like musical chairs.
For skipper KL Rahul, who has been a prime performer in IPL, it will not just be about the runs he scores but also about how he leads the team with guidance from Anil Kumble, who will also want to prove his mettle as a franchise coach.
However, the match on Tuesday will be more about the kind of starts that the top-orders players provide.
Livingstone has been a rage in shortest format for last couple of years now and is coming into his own with some great performances in ‘The Hundred’.
His potential opening partner is likely to be West Indies man Lewis, who has often been Indian cricket team’s nemesis in various games.
Mohammed Shami is expected to be partnered by either Chris Jordan or Nathan Ellis.
If Livingstone and Lewis can be explosive in the Powerplay overs, Royals will expect skipper Sanju Samson to be more consistent in that number three position.
What will be Royals’ advantage is Punjab’s weak Indian bowling set-up save Shami as they have to depend on either Adil Rashid or Ravi Bishnoi for wrist spin.
Their pace line-up with left-armer Arshdeep Singh as the domestic pick doesn’t look the strongest.
Royals’ third and fourth foreign player in the playing XI will be interesting choices as Chris Morris as an all-rounder is a certainty, while the fourth slot will go to either David Miller in the middle-order or world’s No 1 T20 spinner Tabraiz Shamsi.
However, it is the Indian players like Rahul Tewatia, Riyan Parag, Jaydev Unadkat and Chetan Sakariya, who will like to step up their game in the next four weeks to ensure a play-off berth for Royals, which many believe is the weakest unit in absence of Ben Stokes, Jofra Archer and Jos Buttler.
Similarly for Punjab Kings, Rahul and Mayank Agarwal are expected to open with Chris Gayle still an enforcer par excellence at the age of 41 which will keep the Rajasthan bowlers on tenterhooks.
In the middle-order, Nicholas Pooran, who had a horrendous outing in the first phase will like to put a far better account of himself along with M Shahrukh Khan. (PTI)
March Starts: 7:30 pm.

Dhoni was not fan of DRS, Kohli quite the opposite: Aakash…

Over 2,500 people rescued from flood-affected villages in…

Resign if you can’t act on dengue, chikungunya: BJP to…