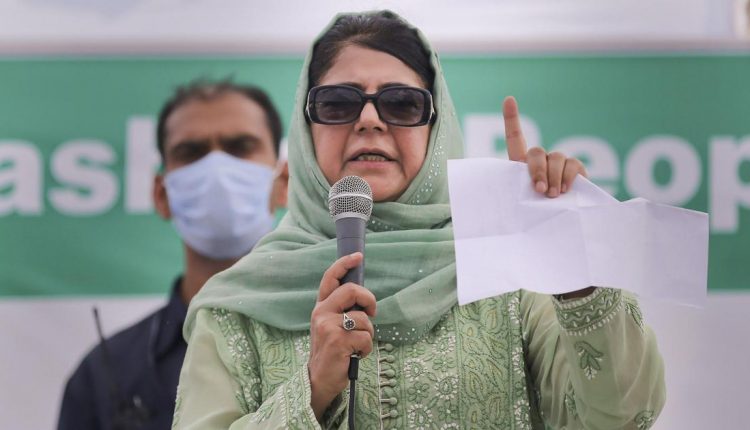 Peoples Democratic Party chief Mehbooba Mufti on Sunday claimed that the Bharatiya Janata Party will talk about the “god-given opportunity” of a Taliban takeover to garner votes for the Assembly elections in Jammu and Kashmir, reported PTI.

“They will not talk about China which has intruded into Ladakh because they do not get votes by talking about that country,” Mufti said at a rally in Jammu. “If you want to frighten people, talk about Taliban, Afghanistan and Pakistan and do something here and there and seek votes.”

Jammu and Kashmir was divided into two Union Territories after the Centre on August 5, 2019, revoked the special status given to the erstwhile state under Article 370. The Union government was conducting delimitation exercise, or, the process of redrawing Lok Sabha and Assembly constituencies, in the Union Territory.

BJP leaders in the Union Territory had said that elections will be held after the delimitation exercise.

On Sunday, Mufti claimed that it was not the Hindus, but India and its democracy that were in danger under the BJP rule. She alleged that the…

‘I hope your son gets coronavirus’: Troy Deeney…