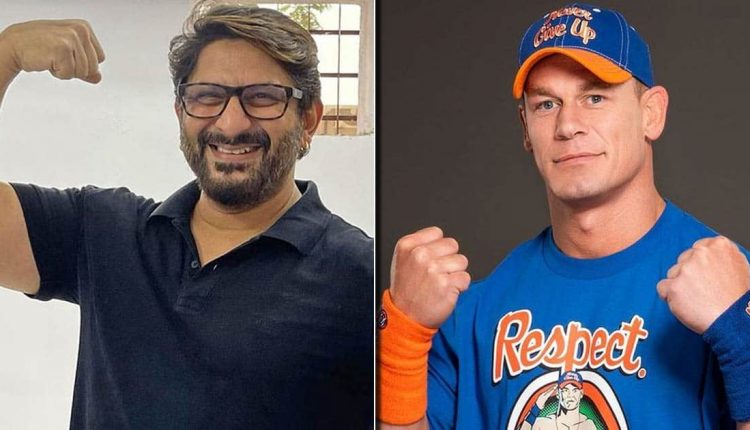 A couple of days ago, Arshad Warsi shared a surprising physique update for his fans. He looked muscular and in good shape in his new transformed look. Ever since, the picture went viral, so much so that even John Cena took a note of it. Below is all you need to know.

A day before yesterday, we reported how Arshad’s is undergoing a transformation for his next project. As expected, fans flooded his Instagram picture with loads of love and even Ranveer Singh reacted to it. As we often see, John Cena’s official Instagram account keeps posting something that trends in India. So, he did share Arshad’s viral picture in his signature ‘no caption’ style.

Now, elated by WWE legend’s gesture, Arshad Warsi has taken a screenshot of Cena’s Instagram profile and shared it on Twitter. He wrote, “John Cena posted my pic on his Instagram page… I am quite kicked about it.”

Check out the post shared by Arshad Warsi below:

John Cena posted my pic on his Instagram page… I am quite kicked about it pic.twitter.com/5eoFWYVPLt

Most recently, Cena had shared a picture of Sidharth Shukla after his demise. He has paid a tribute to late actors like Sushant Singh Rajput, Irrfan Khan and others.

On the work front, Arshad recently wrapped the shoot of Bachchan Pandey, which also stars Akshay Kumar, Jacqueline Fernandez and Kriti Sanon. He was also seen in the role of a politician in the film, Durgamati: The Myth, which ditched the traditional route of release and premiered digitally on Amazon Prime Video. Last year, he made his digital debut with the psychological thriller, Asur.

Meanwhile, in a talk with IANS, Arshad once shared that he’s been fortunate to not get stereotyped by the audience. “I tend to get into the character so much that I make you forget who I am. I make you forget what my previous one was, and that works for me,” he said.

The post Arshad Warsi Is ‘Kicked’ After John Cena Shares His Physique Update On Instagram appeared first on Koimoi.