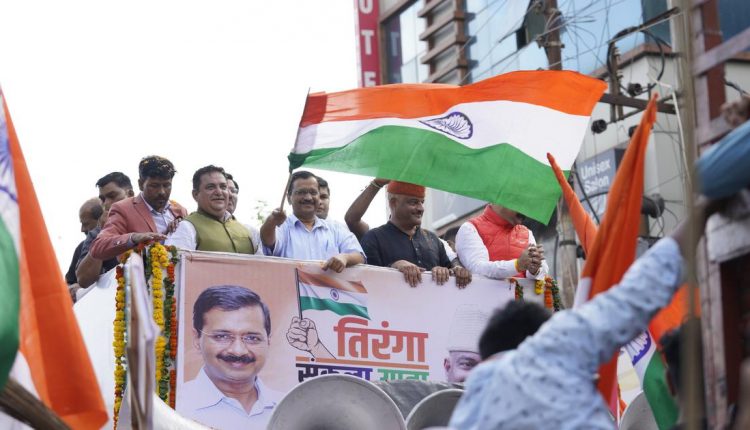 Aam Aadmi Party Convenor Arvind Kejriwal on Sunday promised to generate 1 lakh jobs in Uttarakhand if his party is voted to power in the 2022 Assembly elections.

Kejriwal, who is in Haldwani to campaign for his party, also promised to reserve 80% of the jobs in the state, both in the government and private sectors, for the youth.

Among the party’s other key election promises were providing Rs 5,000 per month to unemployed young people till they get jobs and creating a separate ministry for employment and migration affairs.

“This ministry will create new job opportunities, check migration and also create conducive conditions for the return of those who have left Uttarakhand,” said Kejriwal.

The Delhi chief minister added that his government had experimented with a job portal in the national Capital. “During the Covid-19 crisis, many people lost their jobs,” said Kejriwal. “This job portal advertised 10 lakh jobs. We will create a similar portal for Uttarakhand.”

On being asked if it was possible to provide free electricity in Uttarakhand given its weak economic situation, Kejriwal said a government should have the will power to do so, the Hindustan Times reported.

He added: “And we showed it [the determination] by giving free electricity in New Delhi.”

LJP will take a call on alliance with RJD during election…

Zydus Cadila gets permission from DCGI for phase-1 clinical…