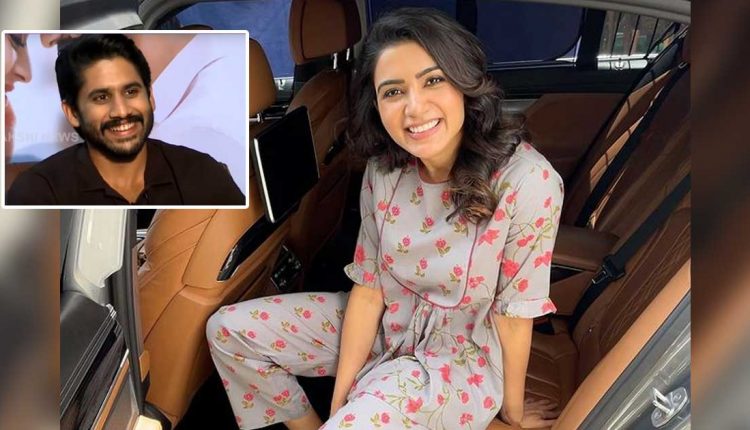 Samantha Ruth Prabhu and Naga Chaitanya are considered to be of Tollywood’s most precious couples. Recently the actress/ host of the show Sam-Jam gave a firm response to the rumours of their separation.

The actress along with her partner is making headlines for the divorce rumours that have been roaming around for a while. There is also some hypothetical news that is sent out by unnamed, inside sources that talk about the crisis in their marriage.

Amid this, the actress Samantha Ruth Prabhu was seen visiting the Tirumala Balaji Temple on Saturday morning. The actress was donning traditional Indian wear and looked absolutely gorgeous. She was accompanied by her security when reports followed her, asking questions about her divorce rumours.

Prabha Deva To Join Dance + Season 6 As A Special Guest

“What Kind Of A Father Is He?,” Neha Kakkar Recalls Taunts Her Family Suffered For Allowing Their Daughters Sing

Annoyed by the question, Samantha, who had kept her peace over the rumours so far gave a firm response. In a video the recorded the actress’s statement, it showed the actress saying, “Gudiki Vacchi Buddhunda?”, which when translated to English likely meant, “Do you have some sense asking such questions in being in temple.”

Check out the video below:

Fans appreciated and are in full support of the way Samantha gave a firm response rather than staying silent on the matter. The comment box was filled with netizens supporting the actress and condemning the media outlets for asking personal questions in the public.

For the unknown Samantha and Naga Chaitanya came together first in 2014 when they were co-stars in the film Autonagar Surya. After spending the time on the show, the couple were also seen together at many locations and finally, in September 2016, Samantha admitted that she’s dating Naga Chaitanya. Following that in October 2017, the couple got married in Goa. They first married as per the Hindu rituals and later a Christian ceremony took place.

On the professional front, Samantha recently finished her shooting for the movie Kaathuvaakula Rendu Kaadhal in Puducherry. In this movie, she will be seen alongside Vijay Sethupathi and Nayanthara in lead roles. She will also be seen in Gunasekhar’s Shaakuntalam in the pipeline. Her last project was The Family Man 2 where she worked alongside Manoj Bajpayee.

The post Samantha Lashes Out At Reporter When Asked About Her Divorce Rumours In Tirumala Balaji Temple – Video Goes Viral appeared first on Koimoi.

PKL 7: U Mumba edge past Tamil Thalaivas 36-32 in thriller