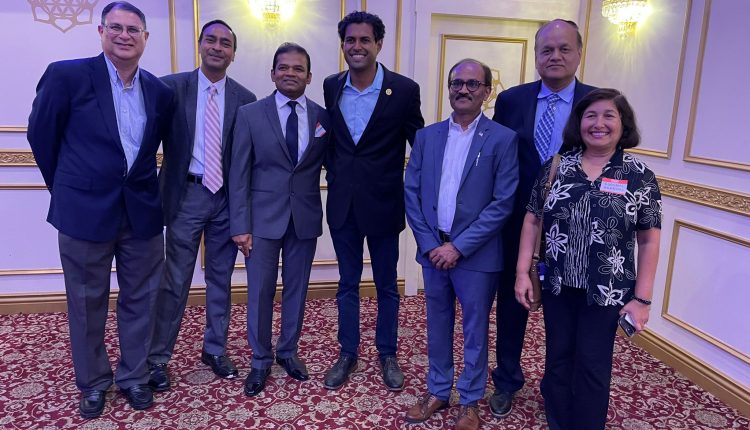 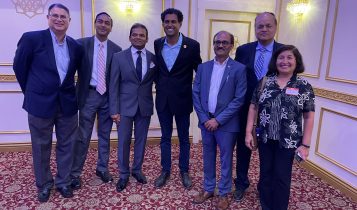 SOUTH BRUNSWICK, NJ- An evening reception organized by friends of Vin Gopal in Middlesex County, New Jersey to support Vin Gopal for State Senate was held on September 15, 2021, at Spice Rack Indian Fusion Restaurant in South Brunswick. The event was attended by close to 100 people to include local business owners, community supporters and local and state elected officials from the Central Jersey area.

Born in Neptune Township and raised in Freehold Township, Vin Gopal is a successful business entrepreneur who was elected as Monmouth County Democratic Chairman in June 2012 with 73% of votes. Vin remains as the youngest person to head a major political party in any of New Jersey’s 21 counties. In November 2017, Vin Gopal was elected to the state senate and his victory was described as “perhaps the biggest upset of the night”. He is currently the youngest member of New Jersey State Senate. “It is time for unite our country and bring the decency back, we can have differences but need to respect each other and have a decent dialogue to work with each other. I work across the party lines in the senate to benefit small business owners and hard-working middle-class families” said Senator Vin Gopal in his address to the attendees. 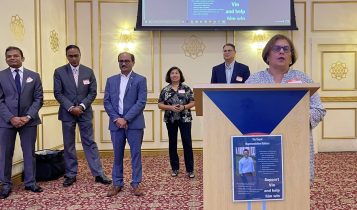 Ritesh Shah, of Legacy Pharmacy Group, a prominent community activist and a Chair of South Asian Registration Initiatives – SARI organized a presentation on the initiatives of South Asians Voter’s Registration which was given by young college graduate Yash Shah who is the Executive Director of SARI. Asian Americans are the fastest-growing racial group where more than 15 million Asian Americans are residing in the USA. However, only 7% of the ethnic group participates in the elections despite their highest income and education levels. Middlesex County in New Jersey has the largest Asian-American population which is about 24% of the county’s residents. SARI initiatives are helping South Asians and other ethnic groups to register them to vote and overall voting in the elections. The Spice Rack Indian Fusion Restaurant provided delicious and mouth-watering appetizers, dinner, and desserts enjoyed by all attendees. An evening reception to support Senator Vin Gopal was very well organized and applauded and appreciated by the attendees and elected officials.