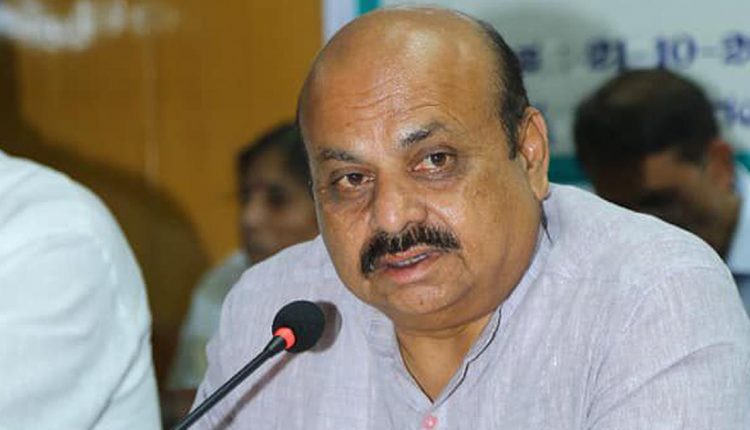 A Hindutva activist in Karnataka’s Mangaluru city was arrested on Sunday for threatening Chief Minister Basavaraj Bommai if he allowed the demolition of a temple in Mysuru, The Print reported.

Dharmendra Surathkal, who said he was associated with the Hindu Mahasabha, reportedly said at a press briefing that even “Mahatma Gandhi was not spared in a bid to protect Hindus”, according to the website

He added: “If Gandhi ji could be assassinated to condemn atrocities on Hindus, do you think we won’t consider the same for you? Please remember it will become very difficult for you Basavaraj Bommai, BS Yediyurappa and Endowments minister Shashikala Jolle.”

Mahatma Gandhi was assassinated in 1948 by Nathuram Godse, who had been working in the Hindu Mahasabha.

The police arrested Surathkal and two of his associates after the Hindutva organisation’s state President LK Suvarna filed a complaint against them, according to The Indian Express. Surathkal’s associates were reportedly present at the press briefing.

The Hindu Mahasabha alleged that the three men misused the organisation’s name, The Print reported. Suvarna claimed that Surathkal had been suspended from the organisation in 2020.

Mangaluru Commissioner of Police N Shashi Kumar told the website that the role of Surathkal’s associates in the matter was being looked into. “Dharmendra has been arrested since he is recorded issuing the threat,” he added….