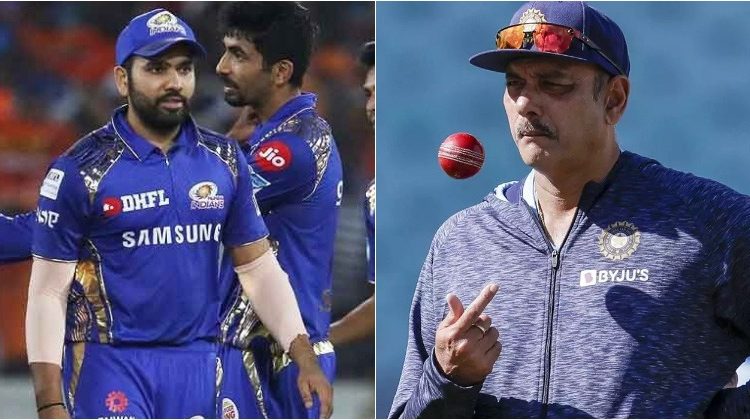 The upcoming T20 World Cup will be Ravi Shastri’s final assignment with the Indian Cricket team. His current contract will expire and the 59-year-old feels he has “overachieved” during his four-year tenure and has no qualms about anything.

Winning back-to-back Test series in Australia and leaving outplaying England on their own soil in these tough COVID-19 times, have been the biggest highlights of his coaching tenure.

The former all-rounder has always laid emphasis on winning away Test series and under him, the Indian team, dominated the longest format like never before.

After a gruelling Test series in England, most of the Indian players joined their respective franchises in the UAE for the second half of the Indian Premier League (IPL) 2021. They hardly got any breather and like many people, Shastri also feels that the amount of cricket that is being played these days is just way too much.

The players need time to rest and recuperate after a long series, more so in the current atmosphere where they have to spend so much time inside strict bio-bubbles.

Apart from their national duty, players also feature in various T20 leagues around the world and it could be detrimental to their well-being. To avoid this, Shastri has a radical suggestion, which, if implemented, could revolutionise cricket forever.

Shastri wants the cricket boards around the world to do away with the bilateral T20 series and free up some space from the packed calendar, allowing players to give their bodies proper rest before heading into their next assignment.

Football, the most popular sport in the world, follows the same model and it has been quite successful. The only difference is that, unlike cricket, football doesn’t have different formats and players are contracted to their clubs and not their national boards.

“I would like to see less and less bilateral T20 cricket. Look at football. You have the Premier League, the Spanish league, the Italian league, the German league. They all come together (for the Champions League). There are few bilateral football (friendlies) now. The national teams only play for the World Cup or World Cup qualifying (and other major tournaments like the European Championships, Copa America and the Africa Cup of Nations),” Shastri said in an interview with The Guardian.

“I think that’s the way T20 cricket should go. Spread the game in different countries, and take it to the Olympics. But cut down on those bilateral games and give time for the players to rest, recuperate and play Test cricket.”

When asked about how the Indian players feel about this change, Shastri says they are all on the same page as they feel there is enough franchise cricket being played these days.

“They all believe the same. There is enough franchised cricket. That is working. But what is the point of bilateral (series)? In my seven years with this Indian team I don’t remember one white-ball game. If you win a World Cup final you will remember it and that’s the only thing left for me as a coach,” said Shastri.

“Otherwise you bloody cleaned up everything across the globe. I don’t remember a single (white-ball) game. Test matches? I remember every ball. Everything. But the volume is too much. We beat Australia 3-0 in the T20 series. We beat New Zealand 5-0 in New Zealand. Who cares? But beating Australia in two Test series in Australia? Winning Tests in England? I remember that,” he added.

More than anything, the T20 leagues have become a necessity for all the countries because they earn a major part of their income through it. Hence, it’s hard to see these leagues taking a backseat. In fact, as cricket expands its base to new parts of the world, the number of domestic T20 leagues will only increase going forward.

However, the decision to scrap these bilateral T20 cricket depends on the cricket boards, not the ICC because the global body doesn’t make any money from these matches.

To secure the future of Test cricket and ensure players’ well-being, limiting the number of games is a must and Shastri’s radical suggestion offers the way out.

This world’s whitest paint can be more powerful than an AC, say scientists