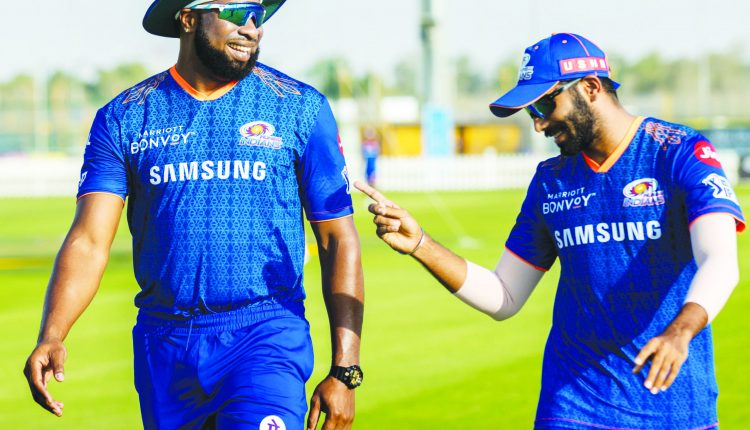 DUBAI, Sep 18: Players will be getting valuable experience in the UAE conditions ahead of the T20 World Cup while the Indian cricket board will be hoping its money-spinner stays away from the looming COVID-19 shadow when the IPL resumes with the blockbuster Chennai Super Kings-Mumbai Indians clash here on Sunday.
As the second wave of COVID-19 wreaked havoc in India in April-May, the water-tight IPL bio-bubble was also breached, forcing the suspension of the tournament after 29 games.
With too much at stake for all stakeholders including the players, teams and BCCI, there was little doubt over the completion of the world’s biggest T20 competition.
It was only about when the BCCI would squeeze in the IPL in an ever-pack global calendar.
After a few alterations in the franchise cricket and international calendar, the best possible window was found with the BCCI slotting in the tournament as the lead up to the T20 World Cup.
Last week, doubts over smooth conduct of the tournament resurfaced with the outbreak of COVID-19 in the Indian team’s camp in England but fortunately for the organisers, the issue did not escalate and the available Indian and English players arrived here safely.
The entire IPL was held in the UAE last year without any hassles and the BCCI will be hoping for a similar experience this time around.
Fans, albeit a limited number, will also be present at an IPL venue for the first time since 2019, adding immensely to the event’s spectacle.
Though the squads have already been announced for the World Cup, an IPL performance seldom gets unnoticed and there could be some players, including Indians, who make the squad in the 11th hour in case of injury with the ICC allowing changes until October 10.
India skipper Virat Kohli, who will step down from T20 captaincy after the World Cup, would love to get his hands on the elusive trophy and Royal Challengers Bangalore showed signs earlier in the season that they could finally go all the way.
Delhi Capitals, who finished runners-up in 2020, are leading the points tally and are primed to win their maiden title.
The other teams in the top four are CSK, RCB and the mighty Mumbai Indians, the winner of a record five titles and the team to upstage.
There are 31 games to be played in UAE conditions instead of the usual 60 and that could mean good pitches for the majority of the tournament.
With the conditions different from India and pitches expected to be slower, all teams have emphasised on starting from scratch.
CSK and MI renew their celebrated rivalry to kick start the IPL resumption on Sunday.
Having already played half of their 14 league games, MI, who have three wins from seven games, can’t afford another slow start.
CSK, aka Dad’s Army, finally seemed to have found a winning combination after the disappointment of 2020.
Their young guns like Ruturaj Gaikwad and Sam Curran delivered in the first half of the season while their spinners – Imran Tahir, Moeen Ali and Ravindra Jadeja – also came to the party.
Moeen and Jadeja also impressed with the bat. Now the team will be hoping its stalwarts, skipper Dhoni and Suresh Raina, too find their touch.
MI, on the other hand, will be hoping to up their game like they often do in pressure situations.
Their famed middle-order did not exactly set the stage on fire and their bowling in the powerplay also can be better.
Skipper Rohit Sharma, who has been in stellar touch of late, will be expected to continue in the same vein and the likes of Suryakumar Yadav, Ishan Kishan and leggie Rahul Chahar, come into the event a more confident trio having made the World Cup squad.
Star all-rounder Hardik Pandya would be expected to bowl regularly in the tournament which will also tell the India selectors on how he is shaping ahead of the ICC showpiece.
The teams which have been affected by withdrawals of key players include Punjab Kings, Rajasthan Royals and Kolkata Knight Riders, who all are struggling to survive in the competition.
Punjab had to seek replacements for Dawid Malan, Riley Meredith and Jhye Richardson. They managed to rope in the services of rising Australian pacer Nathan Ellis to boost their death bowling. England leggie Adil Rashid too has come into the squad.
KKR will be missing the services of star pacer Pat Cummins who has been replaced by Tim Southee.
Royals were anyway without Jofra Archer and Ben Stokes and now Jos Buttler has been added to that list. The English player to watch out in the squad would be Liam Livingstone.
With one win from seven games, Sunrisers Hyderabad will have to come up with something special to resurrect their campaign. They will be without star opener Jonny Bairstow. (PTI)
Match starts: 7:30pm IST

Model attacked by leopard as she enters enclosure in…