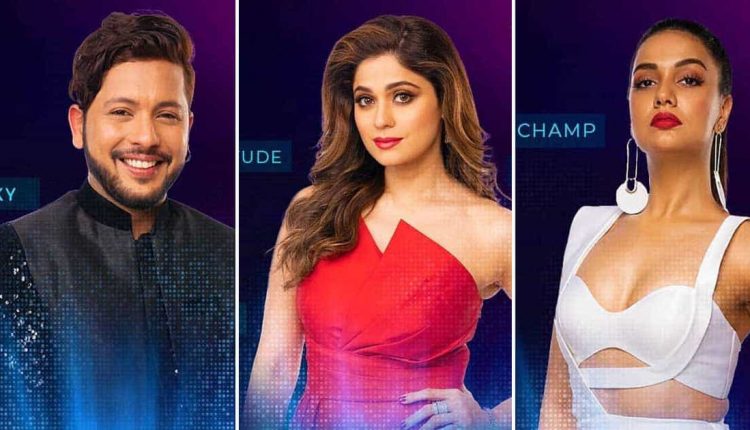 Karan Johar hosted Bigg Boss OTT is finally witnessing its grand finale today. After a run of 6 successful weeks, we will finally get to know who wins the ultimate title. The Top 5 contestant included Shamita Shetty, Raqesh Bapat, Nishant Bhatt, Divya Agarwal and Pratik Sehajpal. The Top 3 contestants have been announced and below are all the details.

The grand finale began at 7PM today. The show witnessed an exciting beginning as Bharti Singh and husband Harsh Limbachiyaa did a fun session with the contestants. They even received funny awards for their bizarre habits.

The much-awaited final announcement has just been made. The top 3 contestants are Shamita Shetty, Nishant Bhat and Divya Agarwal. May the best one win! Previously, Pratik Sehajpal took the ticket to Bigg Boss 15 entry and left finale race.

The winner of the Karan Johar hosted show will get the opportunity to enter the Bigg Boss 15 house. Just not that, the lucky contestant will be gifted a hefty sum of 25 lakhs.

A twist was seen when Bigg Boss offered a suitcase to the Top 4 contestants. They would pick it up and leave the house immediately. While they will miss the chance to become the OTT winner, the good side is that it will assure their entry into the Bigg Boss 15 house. That’s a huge opportunity. Isn’t it?

Bigg Boss 15 will go on-air from 3rd September. Salman Khan will be back as the host. Several names like Taarak Mehta fame Nidhi Bhanushali and Disha Vakani, Neha Marda, Mohsin Khan and Shivangi Joshi have surfaced online as the probable contestants.

But for now, who do you think will be the winner of Bigg Boss OTT? Share with us in the comments section below.

Is the Premier League’s target of a ‘net zero carbon’ game just another virtue-signaling own goal?