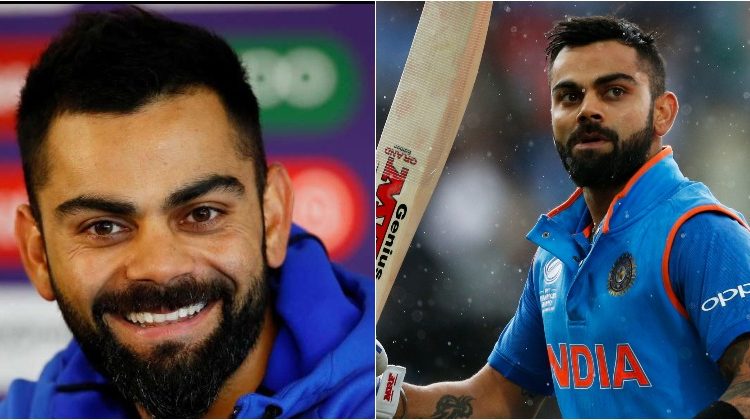 Indian skipper Virat Kohli has decided to step down from his role in the shortest format of the game after the 2021 T20 World Cup. He will continue to lead the side in the 50-over and Test cricket. Kohli took to Twitter to announce his decision and explained the rationale behind making such an important call with just over a month left in the start of the T20 World Cup.

“I have been fortunate enough to not only represent India but also lead the Indian Cricket Team to my utmost capability. I thank everyone who has supported me in my journey as the Captain of the Indian Cricket Team. I couldn’t have done it without them – the boys, the support staff, the selection committee, my coaches and each and every Indian who prayed for us to win,” read Kohli’s statement on Twitter.

The Indian talisman said he made the decision keeping in mind the “immense workload” he has had playing all three formats of the game relentlessly without much break over the last five-six years.

Kohli said he arrived at this decision after a lot of contemplation and discussions with his close people, including head coach Ravi Shastri and his white-ball deputy Rohit Sharma.

“Understanding workload is a very important thing and considering my immense workload over the last 8-9 years playing all 3 formats and captaining regularly for last 5-6 years, I feel I need to give myself space to be fully ready to lead the Indian Team in Test and ODI Cricket. I have given everything to the Team during my time as T20 Captain and I will continue to do so for the T20 Team as a batsman moving forward,” he added.

In the last last one week, there have been multiple reports suggesting that Kohli has decided to give up T20 captaincy after the T20 World Cup in the UAE but the BCCI officials, including secretary Jay Shah, treasurer Arun Dhumal, and vice-president Rajeev Shukla, kept insisting that he was going nowhere.

Despite the fact that this news was doing rounds since last week, no one expected Kohli to drop the bomb all of a sudden via a social media post. Although his decision took his supporters by surprise, they understood why he decided to step down.

Best wishes for the T20 World Cup. I am sure you will bring glory to the country.

I’m sure you must have thought about this before taking such a big decision. No matter what we will keep supporting till you play this game.

Let’s win this @T20WorldCup and end the T20I Captaincy on a high.

Fair call, all the good luck for getting home both the trophy and also scoring lots and lots of runs 🙂

Unlucky that no T20 World Cup happened during early years of your captaincy when you were batting like an alien. Hopefully you end it on a high in this World Cup. Best wishes and congratulations on a highly decorated career as India’s T20 Captain.

Right decision ! You will rock it king ! All the best for T20 WC and all future endeavours !

You could have waited for next year’s T20 WC skip, but you must have thought something before taking this decision. We all fans respect what you’ve done in T20Is, as a batsman & also as a captain, and will continue to respect.
Lets win this T20 World Cup for him boys, @BCCI.

We became ur fan when you started as a “Player” for the team, not after you became as a “Captain”

We fans always stand with you

Thank you for all your hard work in building this team. This team, India and we fans owe you a lot, champ. It’s difficult to put in words but your contribution is immeasurable and hugely appreciated!!

Thank you once again!

While nothing has been announced yet, it is widely believed that Rohit Sharma is all but certain to take over the T20I captaincy from Kohli after the T20 World Cup ends in November.

More than half of US states sue Google for…