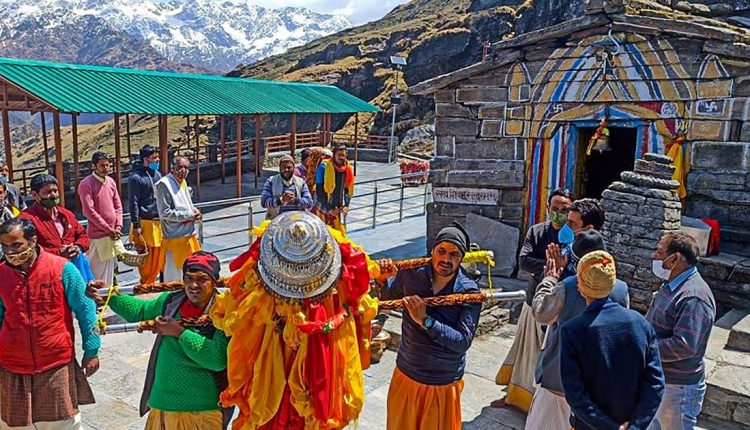 The Uttarakhand High Court on Thursday allowed the resumption of the Char Dham Yatra, nearly three months after it imposed a stay on the pilgrimage, The Times of India reported.

The Uttarakhand government as well as a group of businessmen had approached the court asking for the pilgrimage to be resumed. The High Court had on June 28 prohibited the pilgrimage from being conducted.

A bench of Justices RS Chauhan and Alok Kumar Verma directed that only fully vaccinated persons who have a negative Covid-19 test report should be allowed to visit the shrines at Badrinath, Kedarnath, Gangotri and Yamunotri.

The High Court has further ordered that only 800 devotees will be permitted at the Kedarnath shrine, in a day while 1,200 will be allowed at Badrinath, according to ANI.

The court has allowed 600 devotees to visit the Gangotri shrine in a day and 400 of them at the Yamunotri shrine.

The state government also told the court that only three people will be allowed to enter the sanctum sanctorum of the shrines at a time, The Times of India reported.

The court has told the state government to deploy an appropriate number of police officials and other authorities at the shrines to prevent overcrowding and ensure that Covid-19 protocols are followed.

The bench also directed the secretaries of…

‘Are you kidding?’ Fans in disbelief at off-the-wall catch by Orioles star Mullins as he robs Yankees of home run (VIDEO)

Horse Racing: Too Good may score in Delhi feature