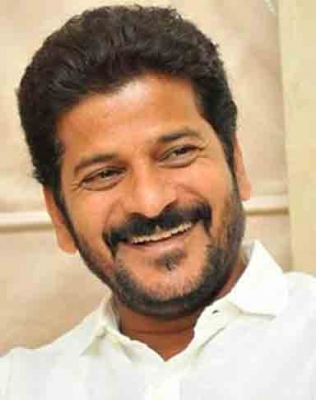 In the clip, Revanth Reddy, who is also an MP, can be heard calling Tharoor a ‘gadha’ (donkey). He was asked about Tharoor praising KTR during his recent visit to Hyderabad as the leader of the Parliamentary standing committee on information technology.

KTR posted the audio clip after Revanth Reddy apparently denied the report that he termed Tharoor as a ‘donkey’.

“Born liar and looter @KTRTRS can’t get away with hiding behind @ShashiTharoor ji and fake news. It’s clear that you are trying to mislead current issues of child molestation and corruption charges against your family,” the TPCC chief tweeted after KTR slammed him for his verbal attack on Tharoor.

“As the chairman of the IT standing committee, Shashi Tharoor Ji had paid some compliments to the efforts of the Govt of Telangana recently. His colleague in parliament & PCC chief calls him a Donkey!! This is what happens when you have a 3rd rate criminal/thug leading the party,” tweeted KTR, who is the son of Chief Minister K. Chandrasekhar Rao.

After Revanth Reddy called the report fake news, KTR again took to Twitter, this time with the audio clip.

“While ***** like @revanth_anumula need not be responded to; it’s important to expose filth. Here’s his audio clip/comments on Tharoor. Sent to me by a reporter, I am sure if we send it to a forensic lab, it’ll match his infamous #Note4Vote voice. Any comments @RahulGandhi Ji?,” KTR tweeted.

Tharoor also joined the issue after someone took exception to Revanth Reddy’s remarks.

“I am sure he was only expressing his fraternal feelings!” wrote Tharoor.

During the visit of the parliamentary committee on IT led by Tharoor to Hyderabad last week, KTR had made a presentation on the state’s IT initiatives.

“Hugely impressive presentation by @KTRTRS &his team. I said that as with foreign policy, we need to look beyond political divides on IT policy. If @ministerktr is setting an example in Telengana that the rest of us can benefit from, we can all gain from a forward-looking IT policy,” Tharoor wrote.

“Many thanks @ShashiTharoor Ji Politics can be relegated to a back burner when it comes to the interests of our nation & policy making Happy to meet & contribute to the IT standing committee under your chairmanship,” KTR replied.

This apparently did not go down well with Revanth Reddy, a bitter critic of Chandrasekhar Rao and his family.

Terming Tharoor a ‘donkey’, the TPCC chief allegedly said that he should be expelled from the party.

Revanth Reddy also allegedly said that Tharoor and KTR were of the same ilk and their fluency in English did not mean that either of them was a knowledgeable person.(IANS)

The post TPCC chief kicks up a row with his remarks on Shashi Tharoor appeared first on The Shillong Times.

‘She Had Her Reasons To Take Part’, Shilpa Shetty On…