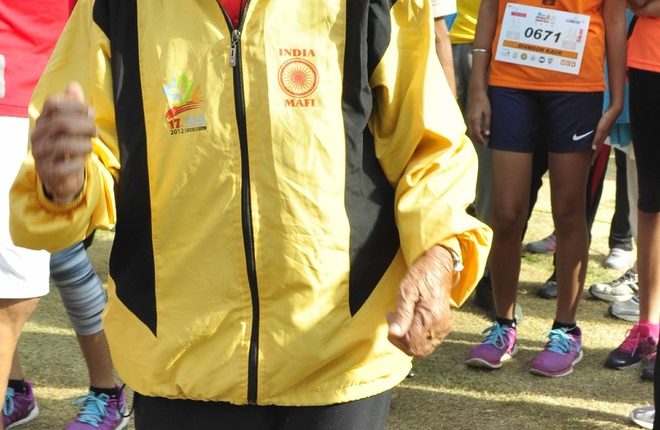 Octogenarian Gurdev Singh, son of veteran athlete Mann Kaur who died in July at the age of 105, has decided to register an NGO in the name of her mother to fulfil her dream of nurturing the region’s young talent.

Gurdev Singh has prepared the final draft for the NGO ndash; Sardarni Mann Kaur Sachiar Sports and Vocational Training Society ndash; and will get it registered in Chandigarh.

“The main objective of the NGO will be to promote sports and wellness, not only physical wellness but also mental and spiritual, among youth, including the underprivileged and school dropouts,” said the 84-year-old.

“Due to Covid, Biji (Mann) wasn’t able to pursue her dream. I, along with some likeminded people, have now decided to carry it forward. I was staying at Patiala and many youngsters were getting trained with us. After Biji’s death, I had to relocate, but we will continue to encourage kids,” said Singh.

He said the NGO would also make children aware about the importance of proper diet.

“We used to take special diet, prepared using various machines. I have decided to use these machines in order to provide young players a proper and pure diet,” he said.

Mann, a world renowned runner, died on July 31 after battling with gall bladder and liver cancer.

Mann started her athletics career at the age of 93 and went on to receive the Nari Shakti Puraskar from the President at the age of 103.

In 2016, she was declared the fastest centenarian at a competition in the American Masters Games.

In 2019, she won four events — shot put, 60m sprint, 200m race and javelin throw — in her age category at the World Masters Athletics Championships in Poland.

She won more than 25 medals at the veteran athletics championship.

“She lived her life to the fullest. She was a role model for many athletes and with the formation of this NGO, I just want to make sure that she remains an icon and inspiration for generations to come,” said Singh.

“I have been approached by filmmakers and other people, but I don’t want people to remember her passion for running only for a few hours,” he added.

Feliciano Lopez eliminated from China Open with loss to…