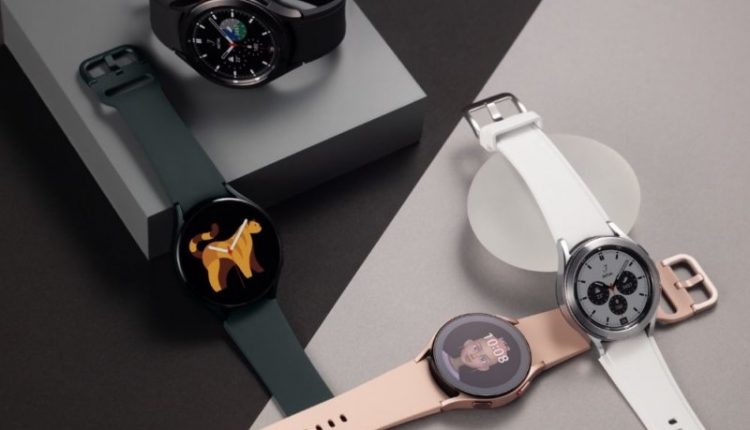 It finally happened. We only wonder why it took so long. Samsung has finally chosen Google’s Wear OS as its preferred watch ecosystem. I’ve always enjoyed using Samsung’s Galaxy smartwatches with their bold displays, premium build, unique rotating bezel and user interface. While brands like Apple and Fitbit have stuck to a square or squircle (you guessed it – a rounded square of sorts) form factor, Samsung has stayed true to its circular form. Many users – especially those who still cling on to their heirloom or favourite fashion watches, find the transition to a circular watch a tad easier. If there’s one area where Samsung’s Tizen OS has struggled, it’s the depth of its app store. It’s why we’re excited about the new Galaxy Watch 4.

Samsung launched two versions of the Galaxy Watch 4 along with its new foldables. There’s the classic version that’s slightly heavier and comes with Samsung’s rotating bezel and the version that we tried that’s just called the Watch 4. I’ve been more partial to Samsung’s smartwatches without the rotating bezel because of their sleek form factor. You can still use the rotating navigation on the display but there’s no metal bezel that many also like using as a fidget toy especially in boring meetings. The Watch 4 (I checked out the 44mm variant; there’s also a 40mm option) feels good on your wrist. It’s light and we dig the near bezel less display; the transition from the watch to the strap is almost gapless.

The 1.4-inch Super AMOLED (450 x 450 pixels) display is one of the brightest on any smartwatch. Visibility is great even under harsh sunlight. There’s a silicon band in the box, but you can swap that for conventional watch straps just like previous editions of the Galaxy Watch. There’s a whole bunch of watch faces including my favourite, goofy ‘Friends’ watch face with an animated teddy. The Wear OS app store now gives Samsung watch users a whole bunch of handy apps including Google Maps and the GBoard, Google’s keyboard. There’s no Google Assistant though; you have to stick with Samsung’s Bixby. If you’ve used a Samsung smartphone, you will get the drift. This is a Wear OS smartwatch with Samsung’s One UI Watch Version (3.0) baked in. I think it’s a best of both worlds.

Wellness features are the key battleground for smartwatches. This is an area where Samsung has quite a few arrows in its quiver. The big differentiator is the Body Composition tracker. Samsung’s new BioActive Sensor combines with a fast chip (a dual core 1.18 GHz processor) to track fat percentage, skeletal muscle and body water. All you need to place two fingers on the two physical buttons (on the right spine). While this is a handy feature and one that helps you manage health goals, most medical experts will suggest that just like the ECG or SpO2 sensors on all smartwatches, that you don’t make vital decisions based on these numbers.

The Watch 4 also comes with all the usual fitness bells and whistles that include sleep tracking, workout tracking and calorie tracking. How you use these fitness features especially with GPS and the ‘always on’ also impacts battery life. Most users should be able to stretch the battery to a couple of days without a fuss. Just like the Apple Watch is restricted for iPhone users, this smartwatch is only geared for Android users. If you’re looking for a premium smartwatch experience with wellness features, the Samsung Galaxy Watch 4 might be your best bet now.