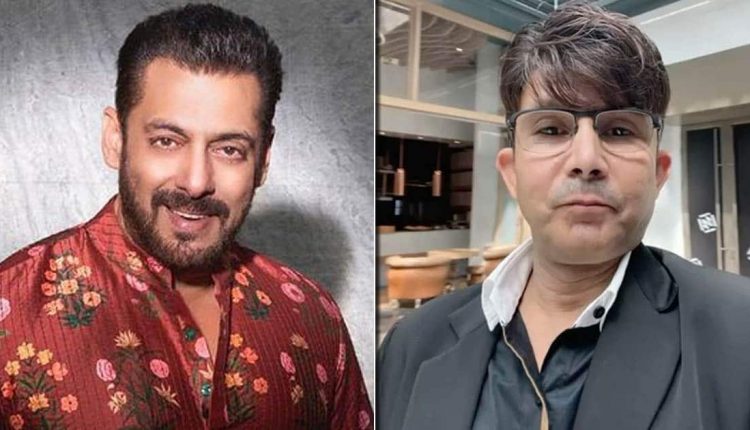 During the release of Salman Khan starrer Radhe, actor and self-proclaimed reviewer Kamaal R Khan had made some derogatory comments against the film and the actor for which a case was filed against him by Salman’s lawyer. Now Bombay HC has issued a notice to the Tiger Zinda Hai actor seeking his reply on KRK’s plea.

Kamaal in the plea has stated that one cannot stop a reviewer from making comments about a film or its actors/character.

According to PTI, in his plea, Kamaal R Khan is “urging for quashing a lower court’s interim order restraining him from making any comments on the actor, his movies, or his companies.”

KRK further in his statement criticized the lower court for passing such a ‘blanket order,’ however, he admits that the court can restrain him from making individual comments but they can’t prohibit the reviewer for making ‘fair criticism’ to Salman Khan’s movies.

Recently, a single bench presided over by Justice A S Gadkari sent a court notice to Bajrangi Bhaijaan actor, his production house Salman Khan Ventures, and other mediators pursuing their answer to Kamaal Khan’s plea.

In his notice, KRK has mentioned that the “lower court’s interim order is no less than a gag order” and said he was reasonable when he decided to criticize Radhe in which “Salman Khan, who is a 55-year-old, was acting like a teenager.”

He also added, “The lower court should not have failed to keep in mind that a viewer of a film cannot be stopped from making any comments on the film or the characters in the film, or whether the actors in the film are hit or flop.”

Meanwhile, Salman Khan’s spokesperson has acknowledged the High Court’s order that they have received copies of Kamaal R Khan’s plea. The team has now asked the court time to read and understand the petition sent by KRK’s lawyer.

Ed Sheeran Says American Award Shows Are Filled With ‘Hatred’, While In England “Everyone Gets Drunk & No One Really Cares”

Google must improve sales and distribution for new Pixel…