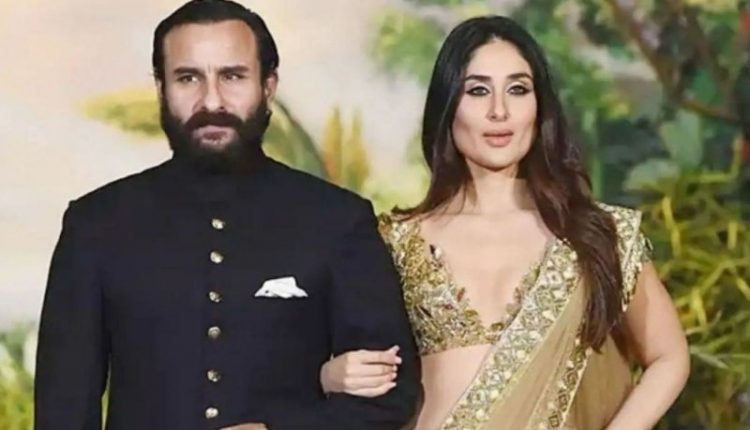 Saif Ali Khan had wanted a small wedding ceremony, Kareena Kapoor Khan’s family, however, did not see eye to eye. Khan divulged on The Kapil Sharma Show that his wedding to Bebo in 2012 was not what he had in mind.

Yami Gautam, co-starring in the film, was on the show with Khan for the sake of promotion. She disclosed how, as per the wishes of her nani (maternal grandmother), filmmaker Aditya Dhar and herself had followed the protocol in place due to Covid-19, and had married with only 20 people in attendance.

Upon hearing this, Khan began to reminisce about similar plans he had for his own wedding, “Jab humne shaadi ki thi tab humne bhi decide kiya tha ki closed family karenge lekin Kapoor family jo hai wo kum se kum 200 hai (when we got married, we had decided to invite only close family but for the Kapoor family, that would mean 200 people),” he had said on the show.

A post shared by The Kapil Sharma Show (@kapilsharma_fan_)

The couple in question fell for each other at the sets of Tashan and tied the knot in 2012 with their family members and close friends in attendance.

The actor is a father to Sara Ali Khan and Ibrahim Ali Khan from his first wife Amrita Singh, and Taimur Ali Khan and Jehangir Khan with Kareena Kapoor Khan.

On the work front, Khan was recently seen in Bhoot Police, released on Disney Plus Hotstar on September 10. Also in the film were Arjun Kapoor, Yami Gautam and Jacqueline Fernandez. The actor has several other projects lined up. He will star in Adipurush with Telugu star, Prabhas. The film is based on the mythological Ramayana. It is also said to feature Kriti Sanon. Besides this, Saif Ali Khan can be anticipated in Bunty Aur Babli 2.

Also Read; Vicky Kaushal To Brave The Wild Next With Bear Grylls

PM Modi to inaugurate 3 projects in Gujarat on October 24